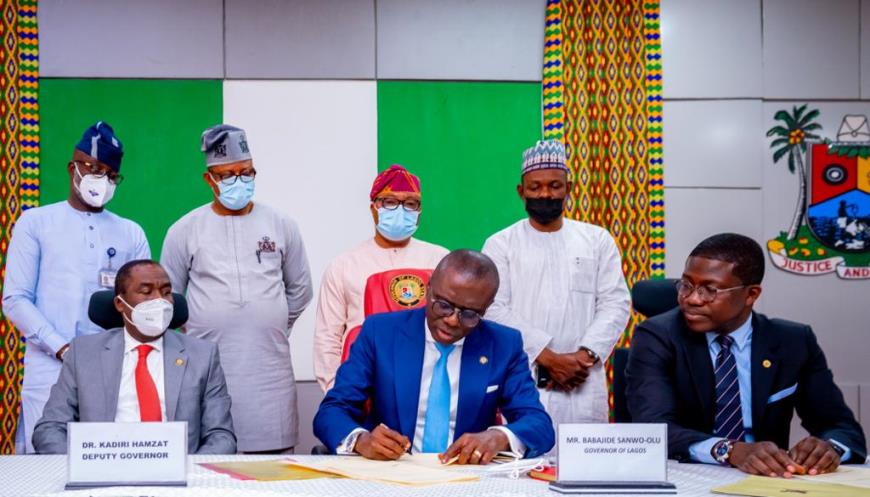 
The Governor of Lagos State, Mr Babajide Sanwo-Olu has approved a 21-year jail sentence for convicted cultists in the state after signing the bill for the Prohibition of Unlawful Societies and Cultism of 2021.

The House of Assembly of the State, in February, passed the anti-cultism bill, which also specifies a 15-year jail sentence for anyone found guilty of aiding and abetting cultists as well as inhabitants who deliberately allow their properties to be utilised as meeting points by cultists.

According to a statement on Monday, Sanwo-Olu agreed to the bill and three others at the swearing-in occasion for recently nominated members of the Public Procurement Agency Governing Board of the state and two Permanent Secretaries held at the Banquet Hall in the State House, Alausa, on Monday.

The statement further said, “The anti-cultism law repeals the Cultism (Prohibition) Law of 2007 (now Cap. C18, Laws of Lagos State of Nigeria, 2015) and provides for more stringent punitive measures, as well as makes its application all-encompassing and applicable to the general public, as against the restriction of the previous law to students of tertiary institutions.”

Sanwo-Olu said, “The State had suffered the negative effects of unlawful societies and cultism”, emphasising that “the new law seeks to make parents more responsible and show more interest in the upbringing of their children and wards to ensure that they do not become a burden to the society”.

Cultism is the activities or practices of a group of people with one common spiritual, religious or philosophical belief. The group of individuals involved in these practices is known as a cult.

Cultism is so rampant in schools all over the world, it is known to be at its peak in tertiary institutions, but it is no more news that it has expanded its territories to secondary schools and even primary schools as we speak.

Cultism in Nigeria is caused by different factors which include quests for power, poor parental training, wealth, drug abuse among others.

We can’t secure all schools, FG warns parents to be vigilant