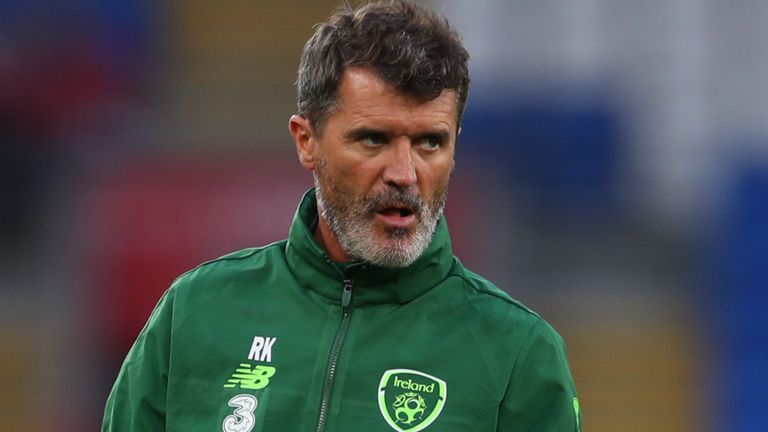 Former Manchester United player and legend, Roy Keane is one who is offended by England’s choice of not sticking by its guns and starting the world cup opener with the rainbow colors as a response to Qatar and the FIFA body.

Roy Keane thinks Harry Kane, the captain of England, should have worn the One Love armband to make a powerful message.

In an effort to show support for the LGBTQ+ community, England and Wales’ FA made the decision before to the tournament that their captains would don the One Love armband.

However, FIFA announced on the eve of their Group B matches that players who wear the armband run the risk of receiving a yellow card as soon as the game starts.

As a result, both England and Wales opted to reject their initial intentions.

While employed by ITV, Keane believed that they should have carried out the plan and accepted the consequences that came with it.

“I think the players could have worn the armbands for the first game, and took the punishment, whatever that might be.

“Kane, they were saying, was risking a yellow card as that might be the punishment. But that would have been a great statement.”

“If you get your yellow card, what a message that would have been, from Kane or Bale. Take your medicine, and then move on. Then, in the next game, you don’t wear it because you don’t want to be getting suspended, but I think it was a big mistake.

“Both players – and we are talking about Wales and England here – they should have stuck to their guns and done it. Whatever about pressures from the outside, or your own associations, have the belief – if that is what you believe – and go with it.”

“Fifa has been very clear that it will impose sporting sanctions if our captains wear the armbands on the field of play.

“As national federations, we can’t put our players in a position where they could face sporting sanctions including bookings, so we have asked the captains not to attempt to wear the armbands in FIFA World Cup games.

“We were prepared to pay fines that would normally apply to breaches of kit regulations and had a strong commitment to wearing the armband.

“However we cannot put our players in a position where they might be booked or even forced to leave the field of play.”

Gary Neville Goes on The Defensive For Working For Qatar