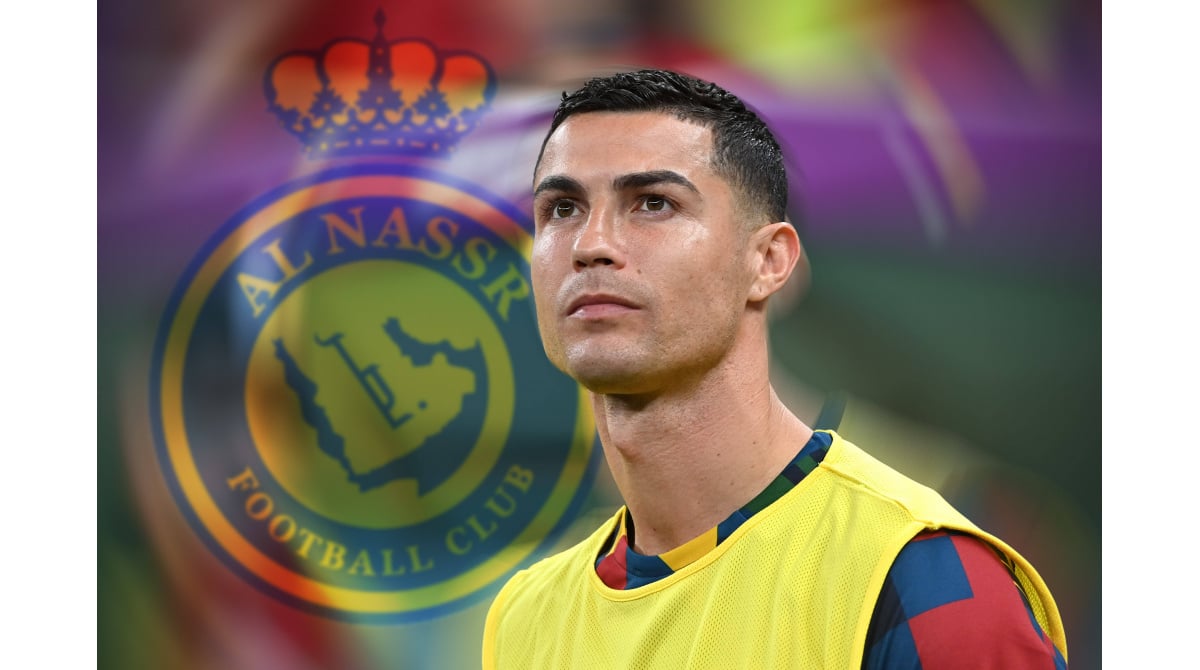 He may be regarded as one of football’s all-time great, but one thing Cristiano Ronaldo is not invulnerable to, is human error which most times come at embarrassing moments, and for CR7, his was in his first press conference as Al Nassr player.

At his very first Al Nassr press appearance on Tuesday, Cristiano Ronaldo mentioned the wrong country he is set to play under.

The five-time Ballon d’Or winner traveled to Riyadh, the Saudi Arabian capital, for a physical, and then was formally introduced as an Al Nassr player.

Ronaldo spoke about his decision to move to the Middle East during a press conference before being introduced to 25,000 fans at Mrsool Park.

After dominating European football, he emphasized his desire for a fresh challenge and insisted that he gave Nassr his word despite receiving offers from teams in Brazil, Australia, the United States, and Europe.

Cristiano Ronaldo made the terrible mistake amidst the presence of journalists and fans watching across the world when he mistook Saudi Arabia for South Africa.

“For me it’s not the end of my career to come into South Africa, this is what I want to change – and to be honest I don’t really worry about what the people say.”

Although the two countries may have identical letters, they are far off from being on the same continent.

Such errors would not take long to be captioned online with netizens reacting in droves.

“From being applauded after every answer even after calling Saudi Arabia South Africa to so-called journalists ‘siuuuuuuuing’ at the end, that Cristiano Ronaldo presser was embarrassing.”

A netizen chose to play the sarcastic game with a comment stating:

“Turned on the TV and momentarily saw the Cristiano Ronaldo press conference, welcoming him to Al-Nassr. Pretty sure in those literal 5 seconds, he said he was in ‘South Africa’. It’s going well then.”

At the conclusion of the press conference, when journalists mimicked his ‘SIUU’ yell, Ronaldo also appeared a little embarrassed.

Ronaldo’s contract with Al Nassr calls for him to serve as an ambassador for Saudi Arabia’s quest to host the 2030 World Cup, and he stands to make a staggering £170 million annually.

On his decision to make the move to Saudi Arabia, the 37-year-old said:

“I’m so proud to make this decision in my life and football. For me it’s a new challenge I’m glad Al-Nassr gave me this new opportunity.

“The welcome yesterday was amazing for me and my family and I’m already proud. When I take my decisions, my family always support me, especially my kids.

“I want to change the mentality of the new generation. I am so proud at making this big decision in my life and my career. My work in Europe is done. I played for all the most important clubs.”

Check How Much Ronaldo’s Personal Manager Pockets after Transfer