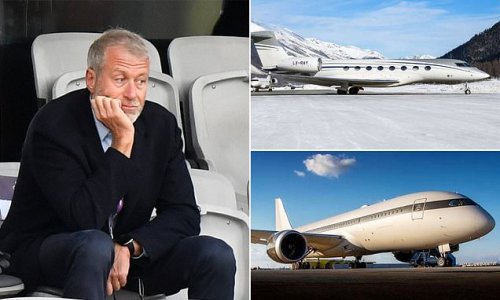 The Justice Department, New York has on Monday, June 6, authorized the seizure of two jets owned by Roman Abramovich.

The former Chelsea owner faces numerous sanctions from the US, and other western countries for his closeness to Russian President Vladimir Putin.

This order from Judge Sarah Cave of Manhattan, is aimed at billionaires from Russia over the invasion of Ukraine.

According to documents filed in U.S. District Court in Manhattan, the jets are a Boeing 787-8 Dreamliner, and a Gulfstream G650ER, .

Both planes which were reportedly flown to Russia in March, violated U.S. export restrictions imposed on Russia’s attack on Ukraine.

Those restrictions ban the export, reexport or in-country transfer of U.S.-made aircraft and aircraft parts and components to or within Russia without a BIS license.

Court records revealed that the Boeing, worth $350 million, is currently in Dubai, in the United Arab Emirates while the Gulfstream is in Russia.

An affidavit filed by an FBI agent confirmed that Abramovich “owned and/or controlled the Gulfstream and the Boeing through a series of shell companies.”