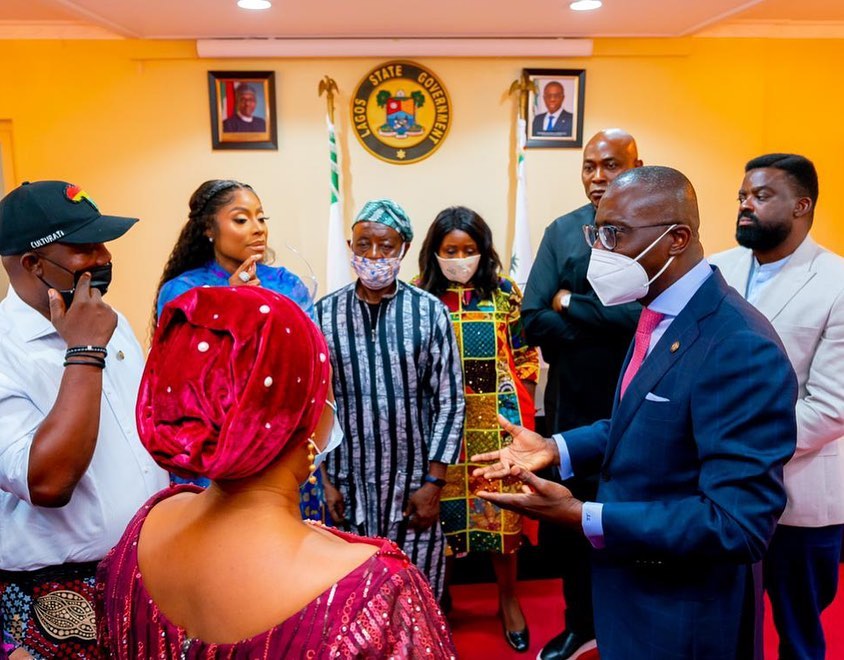 Veteran Nigerian actors including Tunde Kelani, Richard Mofe-Damijo, and Kunle Afolayan, Mo Abudu, have been appointed as members of the Lagos Committee on Film Production Empowerment.

The committee’s inauguration came months after the Governor set aside N1 billion seed capital to unlock the potential in hospitality and tourism businesses.

According to the governor, the scheme sought to leverage idea and talent development to transform Nollywood into a brand such as America’s Hollywood and India’s Bollywood.

Sanwo-Olu said the committee had been given the authority to disburse the support grants to movie producers who have fresh ideas and those whose stories are yet to be completed.

On his part, Mofe-Damijo described the committee’s appointment as “a big honour”, describing members as passionate practitioners in the Entertainment industry.

“We don’t have any excuse not to perform in this assignment. We will do everything in our capacity to ensure that result which the Governor has envisioned comes to reality,” he said.