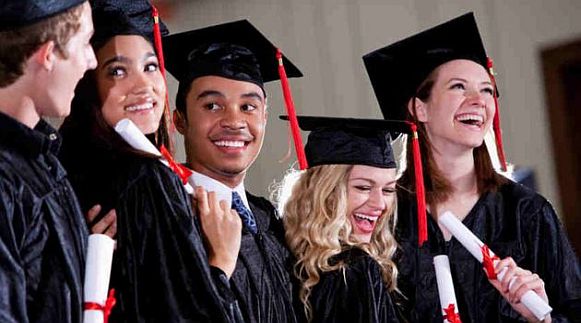 The world is changing quickly and to keep pace, higher education must innovate.

As students consider their options for higher education, they must ask themselves: will the cost of my education be repaid by its value? Will my education allow me to balance technical skills at risk of being replaced by automation, with timeless “soft” skills? Will my education prepare me for a career, and will that career even exist by the time I’m ready to join the workforce?

The answers to these questions are not simple. Leading up to the G7 summit in Montreal, The Montreal AI Ethics Institutegathered input from about 400 people on the topic of the “Future of Work” to bring diversity and on-the-ground experience from citizens to the discussions at the summit. Two significant concerns brought forth via the engagement process were the lack of nuance and evidence-based research in the understanding of the future of work and education.

The challenge of underemployment

According to a report by Burning Glass and the Strada Institute, 43% of recent college graduates in the United States are underemployed in their first job out of college. Of those graduates, two-thirds remain underemployed after five years and a full half remain so after 10 years.

This underemployment contributes to the devastating problem of student loan debt, which currently totals more than $1.5 trillionin the United States alone. Among the more than 44 million US borrowers, the average debt load is over $37,000, and some owe substantially more.

And the situation is subject to increased risk. The World Economic Forum’s The Future of Jobs report predicts that 75 million jobs worldwide will be displaced by automation by 2022. In the same period, 133 million new jobs will be added to the global economy, but in most cases, the workers who lose their current jobs will not have the necessary qualifications to fill the new positions, ones that are already emerging and going largely unfilled. The aptly named “skills gap” has been a problem for the last half-decade, and the problem will not resolve until our institutes of higher education find ways to adapt to the new demands of the global economy.

Positive changes have begun to take hold in higher education on a small scale. These innovations, updates and refocused ways of thinking about higher education have proven successful in individual schools, leading to better outcomes for students and thus for the economy at large. If ideas like these could take broader hold over the coming years, higher education could become more effective for students, educators and employers.

A traditional four-year degree is widely considered the standard requirement for career success. But in a wide range of fields, four years of higher education is superfluous. Rather than demanding that students arbitrarily extend their education over the course of four years, more focused, affordable and practical alternatives should be encouraged.

The premium placed on a four-year degree can prevent many people who do not have the means or opportunity to delay their careers for four years from obtaining the same level of success as their peers. About60% of full-time college students fail to complete their degrees in four years. This argument also holds for graduate schools, such as law school – at its heart a technical training that could be completed in two years rather than three.

Part of the grandes écoles system in France,La Grande Ecole du Numerique is a network of short, free digital training programs that have no required prerequisites. These programs specifically target young people and aimed to train 10,000 people by the end of 2018.

-Doing away with focus on credentials

According to The Atlantic, the average education level across 500 occupational categories increased by 1.2 years from the mid-1970s to the mid-1990s. Over the same period, the education required to hold those positions did not rise. The implication is that workers obtained (and paid for) more education to do the same jobs.

If less emphasis were placed by schools and employers on paper credentials that do little to affect actual job preparedness, job-seekers would be encouraged to improve their qualifications in other ways, such as through online courses, credentialed certificate programs, self-teaching and entrepreneurship.

With locations in Paris and San Francisco,42 is a complete redesign of higher education. Not only are there no credentials offered, but the engineering school also doesn’t have professors or classes. Students take charge of their own education and have their projects graded by their peers.

-Aligning the incentives of students and educational institutions

One way to align the incentives of students and educational institutions is to do away with or supplement traditional tuition models with Income Share Agreements (ISAs).

With an ISA, students can complete their education without the burden of high tuition and instead repay the school after they graduate with a set percentage of their income. The result is a system that avoids student debt, holds schools accountable for student success, and affords more students who wouldn’t otherwise have access to higher education the opportunity to attend the schools of their choice.

Located in Rwanda, Akilah Institutedescribes itself as a “radically different” women’s college with an academic focus on sustainability. Akilah Institute has partnered with Germany-based Chancen to offer ISA financing for in-demand careers like information systems, hospitality management, and business management and entrepreneurship.

When institutes of higher learning partner with industry, everyone benefits. Students get increased access to mentors and internships, schools improve the relevancy of their curriculum, and companies get the first pick of rising talent.

Hyland, an Ohio-based software company, partners with local higher education institution, in addition to middle and high schools. By co-teaching, guest lecturing, sponsoring team projects and providing mentorship, it’s a win-win for students and Hyland. Stronger relationships mean better outcomes for students and a hiring pipeline for the company.

Modern careers require creativity, critical thinking, interpersonal skills, writing ability, presentation skills and negotiation. Crafting and presenting a reasoned argument, asking the right questions and seeking out the answers – these are skills that must be taught in combination with any sort of technical education.

One way to integrate these real-world skills into the classroom is through project-based learning. By having students plan, design and execute their own projects, they learn to function as they will in our ever-evolving job market.

Based in San Francisco, Make School is a first-of-its-kind two-year bachelor’s degree in applied computer science. Students are treated like junior developers and engage in project-based learning with a curriculum that blends liberal arts, computer science and character development.

These are five innovations and examples of schools redesigning higher education. When these solutions are more widely adopted, higher education will be more accessible, more affordable and more relevant for the 21st century.

Apply: St Cross Worldwide Scholarships At The University Of Oxford In The UK

Revealed: 7 Tools Every Digital Entrepreneur Must Use