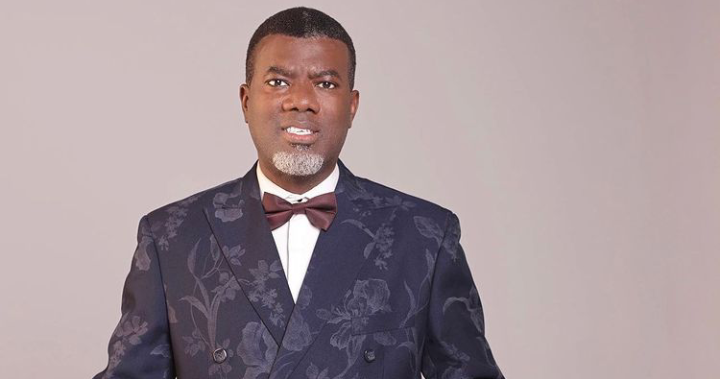 He replied, “Who told you I don’t support Peter Obi? Please ask him how he became HE Atiku’s vice in 2019. He is straightforward. He will not lie. I support Peter. I believe he will make an excellent President. I have always maintained that and never wavered. However, I prefer Atiku to him. I wish he stayed in our party. He would have been the VP nominee.

“As per Peter being a bigot, that is very false. That was an APC propaganda used against him in 2019. Peter’s wife is not even Igbo. He married her at a time when it was almost inconceivable for an Igbo man to marry outside his ethnic group. That alone proves he is not an ethnic bigot. He even resonates with some Northern Muslims, because he is not a bigot.

“My only issue with Peter is that I prefer Atiku to him. If this election was like a JAMB form, where you pick your first, second and third choice. Atiku would be my first and second choices. Peter would be my third choice!”

However, via his comment section, Reno was being accused of wanting favours from Atiku, if he eventually becomes the number one citizen in Nigeria.

He dismissed the reports and wrote, “Let’s consider some facts. Peter Obi was cheated out of his Governorship by irregular impeachment. He went to court. He lost in the lower courts and then appealed to the Court of Appeals. The man who restored his mandate to him at the Appeals Court on March 15, 2006, was Justice Jean Omokri, my father! God used my father to return Peter Obi to office. Peter Obi knows me to my house. I know him to his house.

“We meet in London, in America and Dubai. If anybody will give me a post, it will be Peter.

“But that is not how I operate. You guys are so rigid and believe that if anybody is not supporting Peter, they have collected money.

“I support Atiku because he is a job creator. He founded Intels in 1988. Before he became Vice President in 1999, Intels was the biggest port logistic firm in Africa and was worth close to a billion dollars. Please research it. Through that company and other companies in his Priam group, Atiku employs more people than many state governments.

Related Topics:AtikuObiPeterReno Omokri
Up Next