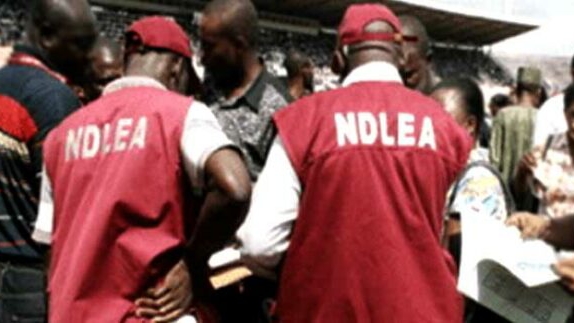 Many have questioned the Federal Government’s approval of N1 billion for the National Drug Law Enforcement Agency (NDLEA) to procure lie detectors and night vision goggles.

TopNaija reports that the Federal Executive Council (FEC) approved a sum of N1 Billion for the procurement of lie detectors and night vision goggles for the narcotic agency to enhance their performance in curbing illicit drugs in the country.

The Attorney General of the Federation and Minister of Justice, Abubakar Malami, made this known on Wednesday, March 30, while briefing State House correspondents after the FEC meeting chaired by President Muhammadu Buhari.

According to the Attorney General, the eye-scanning lie detector will help the NDLEA to detect whether a suspect is speaking the truth or lying in the course of an investigation.

Speaking on the usefulness of the night vision goggles, he stated that it is intended to support the night operations of the narcotic agency given its capacity to support visibility for the agency’s operatives.

However, many Nigerians took to Twitter in disagreement with the federal government in approving such huge funds for the NDLEA.

Some questioned the government for releasing such funds, but failed to release funds for the striking lecturers.

Others claimed that the approval of the money to purchase the equipment is another way for politicians to loot the nation’s treasury.

See some of the reactions below:

@Babalan17 wrote: “How many night vision goggles have they bought for the Nigeria Army, especially those ones that are fighting in the North-East part of this country?

@bamconcept wrote: “Are we okay in this country. Students are at home due to how many billions for how many people?”

@Fortune28766792 wrote: “Lol this my country, things that are unimaginable happen on normal levels.”

@Richyplc wrote: “This lie detector should first be sampled on information minister,Lai Mohammed! Thereafter, others to follow include Garba Shehu, Femi Adesina, Festus Keyamo and Chibuike Amaechi. We can then make progress from there.”

@s_bendel wrote: “Lie detector machines through the decades have proven not to be accurate and lead to false positives. A scam invention by the white man, a person who panics a lot can’t pass the lie-detecting machine.”

@APCAntagonist wrote: “Another waste of money by APC, people are dying of hunger you guys are wasting money on lie detectors and goggles.”

@adeologo_dire wrote: “Thank you for buying the cheapest lie detector, the other costs N7b

Over 20 women, children drown while escaping bandits attack in Niger