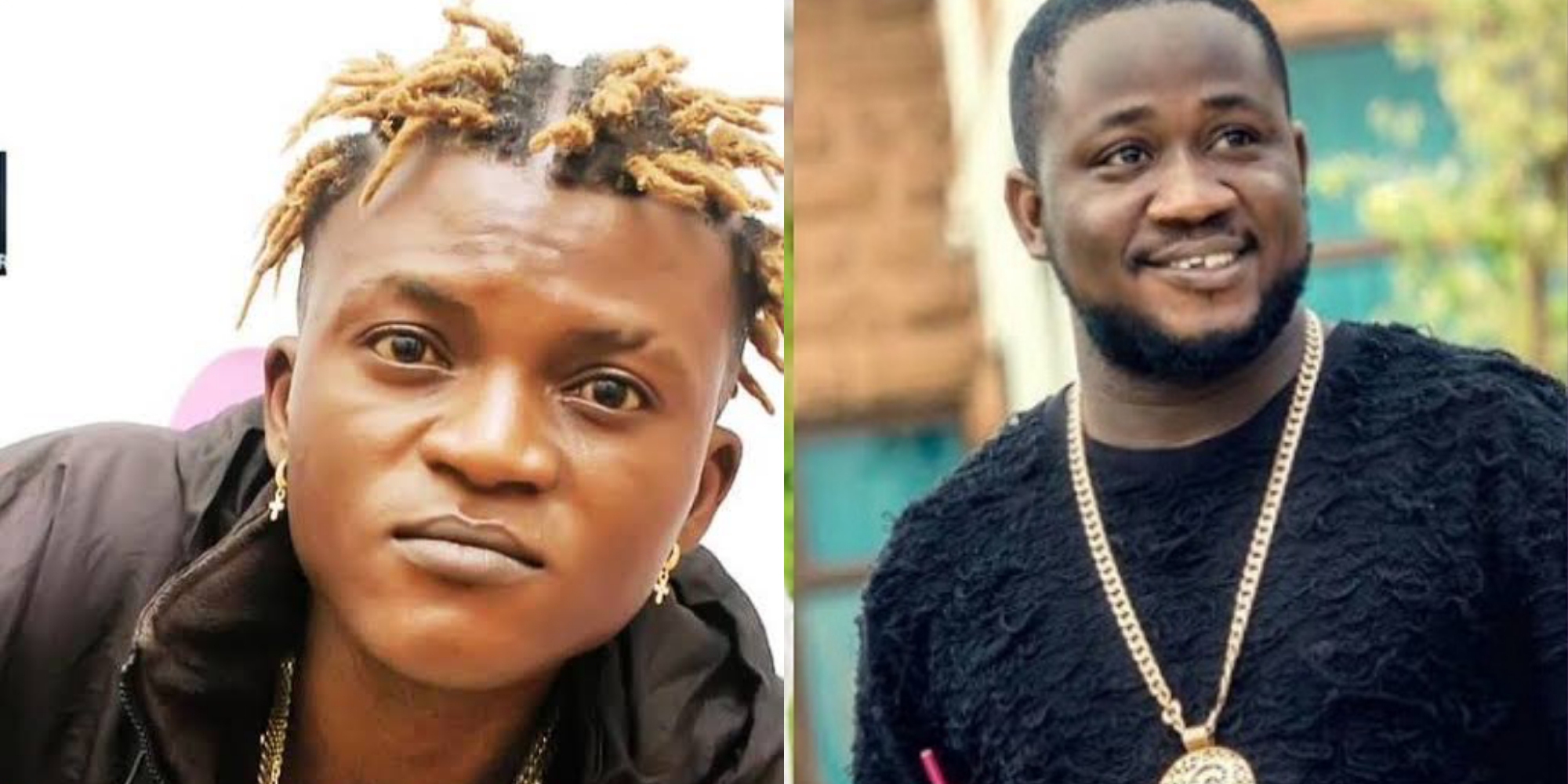 Fast-rising singer, Portable has accused his promoter, Kogbagidi of using him to rack in money.

The sensational singer gave in deaf ears to his promoter as he accused him of using him and demands for his car, in public.

In a video making rounds on the social media space, Portable number into Kogbagidi while creating a scene in public, demanded he gives him his car.

In the video, Portable can be seen wielding a bat stick, accusing his promoter, Kogbagidi of ‘ripping’ him off his money, perhaps taking the precedes of their recent show and not giving him what he deserves.

TopNaija recalls that it is barely two weeks since the singer accused Poco Lee of duping him.

Many netizens took to the comment as they question the sanity of the fast-rising singer.

Take a look at some of the comments below;

mrpresidennt: “This boy definitely needs a lot of help. He’s yet to understand how to manage the sudden fame he never saw coming”

5gcarpet: “The person whey said this guy need to go for rehab no lie oo even then need to take him go osun for traditional rehab ”

legelelogistics: “They say we should not believe most things we see on social media. Remember Jim Iyke and Uche. What if this is staged too.”

cityofurhobo: “This people can do anything for PR and also I don’t see the hype in this portable guy. Zinolessky”

officialsekemi: “This guy should know @kogbagidi is just destiny helper he should be mindful of the way he talks to him it’s normal”