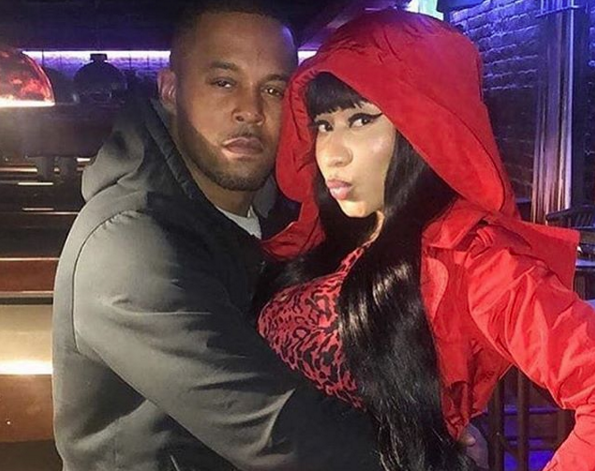 Jennifer, a lady who accused Kenneth Petty, husband to Nicki Minaj, Trinidad-born rapper, of rape, has alleged attempts by the couple to force her into silence over the case.

Based on Daily Beast’s extensive report, the development started in March last year following the arrest of Petty in California with several family members reaching out to Jennifer on behalf of the pair.

In 1995, Petty was convicted for first-degree attempted rape and spent four years behind bars at the New York state prison. This had followed an allegation by Jennifer that the rapper’s husband had attempted to rape her when she was 16.

Petty would later be arrested in March last year for failing to register as a sex offender in California after relocating from New York.

Minaj had in 2019 countered Jennifer’s allegation of attempted rape, claiming that the lady had written the court to recant her initial statement.

The rapper had also alleged that Jennifer had a change of mind after discovering that she could be jailed for 90 days.

But the lady had dismissed Minaj’s claim, alleging that she was being threatened to keep mute by the couple.

Jennifer was said to have changed her location three times in 2020 and also separated from her 22-year-old daughter for fear of being attacked.

An official, who is part of the team investigating the matter, was said to have revealed that they had found “evidence.” Another source had also confirmed the development, adding that the police christened the investigation a “high-priority case.”

Jennifer, who is born to black parents, expressed optimism that she would get justice in the matter in due course.

“I’m hoping for the truth to come out, and whatever comes from that truth, to let it be,” she was quoted as saying.

“I know from being a Black person, when you tell somebody that the woman is white and older than the Black boy, that’s making him look like the victim. That’s what Nicki Minaj was trying to do. She was trying to paint this [as an] Emmett Till story,” she added.

As at the time of TopNaija’s report, the rapper and her husband are yet to comment on the allegations as of the time of this report.