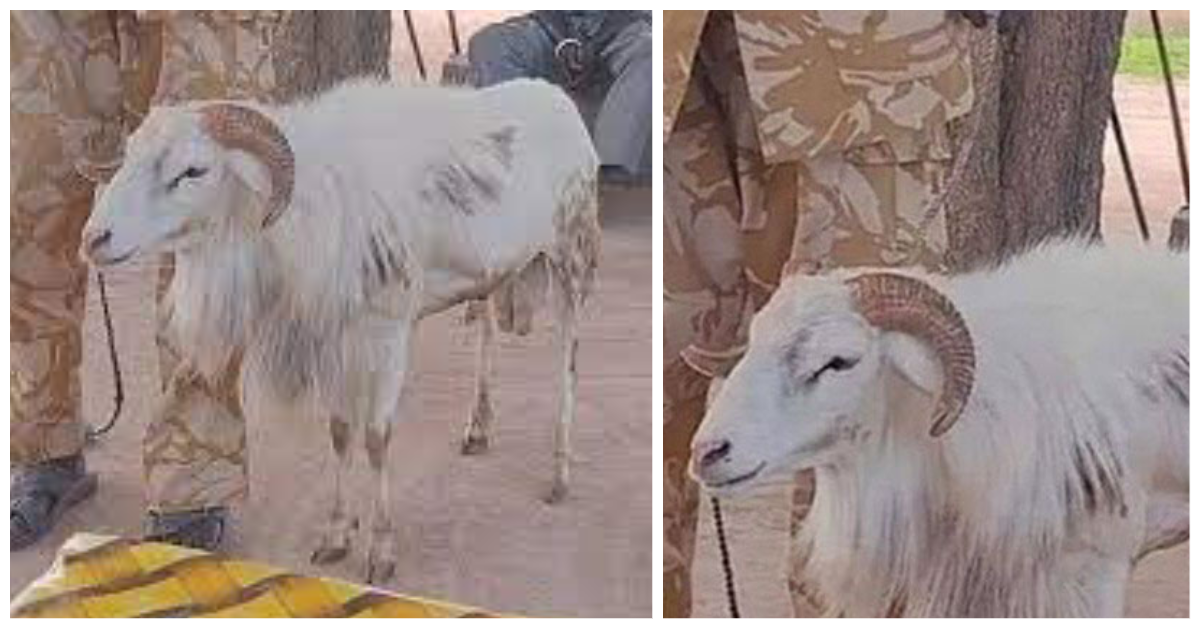 A ram has been sentenced to three years in jail after it reportedly head-butted a woman to death in South Sudan.

Over the weekend, a ram was reported to have allegedly launched an attack on a 45-year-old woman, identified as, Adhieu Chaping, and was said to have struck her in the chest multiple times before she was confirmed dead.

After being indicted by traditional leaders in South Sudan, the ram will have to spend time behind bars at a military camp as part of the punishment.

The owner of the said ram has since been identified as Duony Manyang Dhal and according to the country administrator, Paul Adhong Majek, he and the victim’s family are related and neighbors.

As a sought of compensation to the deceased’s family, they were told they would receive five cows from the ram owner.

“So this is what happened in Rumbek East in a place called Akuel Yol.

“Our role as police is to provide safety and separate fights. The ram was apprehended and currently under custody at a Police Station of Maleng Agok Payam.”

Authorities confirmed the two families have agreed that Duony Manyang Dhal will give the family of the deceased cows based on local understanding put in place by community elders, reports Ghanawish.

It has been reported that the ram will be gifted to Chaping’s family after it has spent its stipulated time in prison, under local law.

To formalize the deal with cops, the families were required to sign a contract, which was witnessed by community leaders.

Related Topics:murderprisonSOUTH SUDAN
Up Next