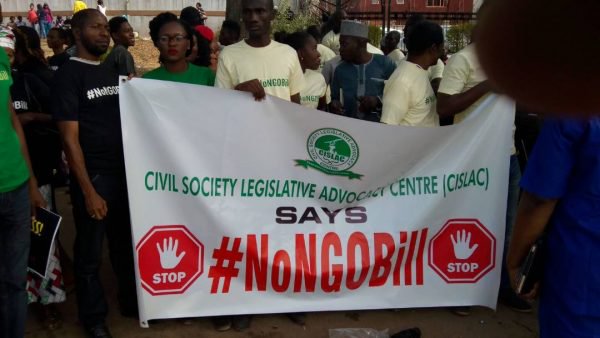 Several protesters from various non-governmental organizations (NGOs) stormed the national assembly on Wednesday to kick against the passage of the controversial ‘NGO bill’.

The house of representatives committee on civil society organisations and development partners is currently holding a public hearing on the bill.

The protesters marched down to the national assembly entrance gate from the Unity Fountain.

Amnesty International on Tuesday urged Nigerians to put up an opposition to the bill which it said will have devastating consequences.

Amnesty said the bill is capable of “shrinking the freedom of Nigerians”.

“The bill will have devastating effects on Nigerians which is why they are trying to pass it as quickly as possible, before too many people take action to stop it,” it said.

The public hearing on the bill will end on Thursday, December 14.

How to Come Up With a Great Business Idea