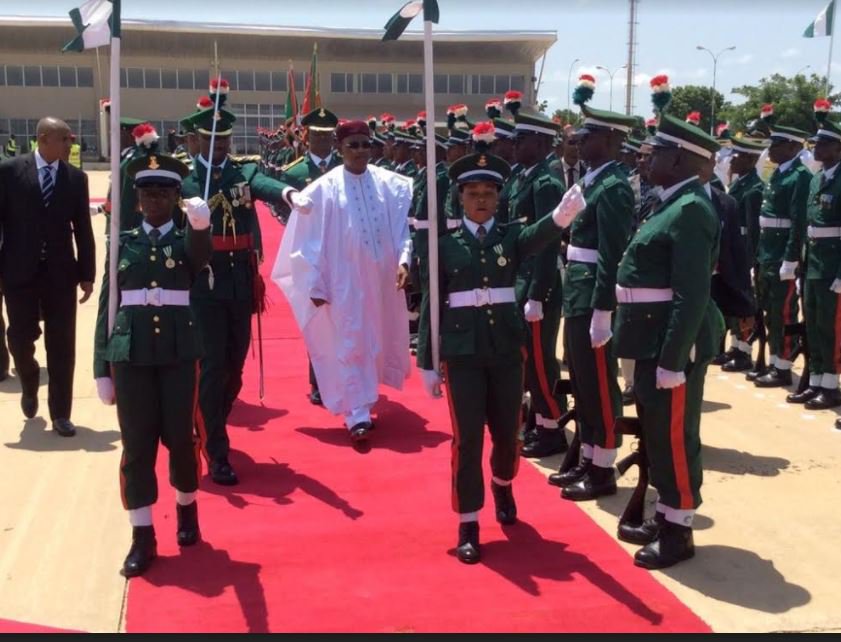 The President of Niger Republic, Mahamadou Issoufu has arrived Daura, Katsina State ahead of a meeting with President Muhammadu Buhari.

Buhari’s Personal Assistant on New Media, Bashir Ahmad made the disclosure on his twitter handle, on Tuesday.

Bashir, President Issoufu has arrived Katsina airport and is on his way to meeting Buhari at his country home in Daura.

He wrote, “President Mahamadou Issoufu of Niger Republic arrives at Umaru Musa Yar’adua Airport, Katsina, on his way to Daura to meet with Pres. Buhari”

The Governor of Katsina State, Aminu Masari also confirmed the arrival of President Issoufu via his social media handle.

Sharing photographs of Issoufu’s arrival, Masri wrote: “At the Umaru Musa Yar’adua Airport awaiting the arrival of HE President @MahamadouIssouf of the Republic of Niger who is on his way to Daura.