Presidency reveals why US listed Nigeria as religious violator
Advertisement 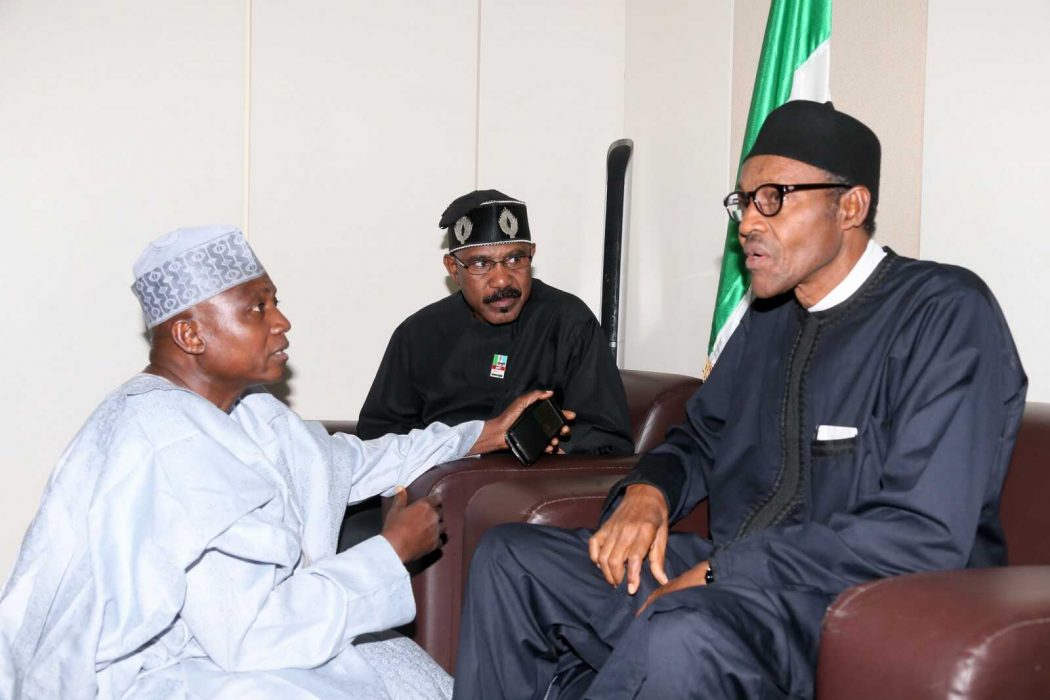 Garba Shehu, a Senior Special Assistant to the President on Media and Publicity has said Nigeria was listed as a religious violator by the United States after falsehood and misinformation by extremist groups and the Indigenous People of Biafra in a well-funded international media campaign.

He said right-wing American lobbyists were funded millions of dollars by IPOB, adding that the aim was to make true their “fake claims that Muslims and Christians cannot live side-by-side in love and peace.”

Shehu said this in a statement titled, ‘What Biden’s removal of Nigeria from religious violation watchlist means,’ issued on Friday following the visit to Nigeria by the US Secretary of State, Anthony Blinken.

The statement read in part, “This sad and uncalled for ban came on the heels of 12 months of lies by some extremist groups and the banned terrorist group the Indigenous People of Biafra, IPOB’s well-funded international media campaign. Nigeria should never have been on the list. It was included after paid right-wing American lobbyists were funded millions of dollars by IPOB to spread falsehoods and misinformation about Nigeria. Those who willingly took money from terrorists spread falsehoods against a democratically elected government. They took advantage of well-meaning, God-fearing Americans to whom they spread their lies.

“Their aim was to drive a wedge, for political advantage, between the two great religions and by doing so, make true their fake claims that Muslims and Christians cannot live side-by-side in love and peace. They did not care if their maliciousness was the cause of religious tension. In fact, it is possible they sought to encourage it to prove their point. Yet, despite all the funds at their disposal, they only convinced for a brief time those who had been voted out of office by US citizens to add Nigeria to the list.

“It is a fallacy to suggest Nigeria lacks religious freedom. A visit to any city will see a surfeit of posters for religious groups, for Muslims and Christians alike. Nigerians wear our faith on our sleeves. Nigeria is one of the most religious nations in the world – near equally balanced between Muslims and Christians. It is well-known the President counts amongst his personal friends many global Christian leaders, though he himself is Muslim; our Vice President is an Evangelical pastor; our cabinet is equally balanced between Christians and Muslims.

“This is not to say there are no tensions. The President and all who serve in his administration know there are. And they are being addressed: for instance, the present administration is the only government since independence to introduce a plan to address farmer-herder clashes. Today that plan is working. Many states are taking the lead in its implementation because they, not the Federal Government control land.

“What we said at the time of the listing remains true that the government under President Muhammadu Buhari is run in accordance with our constitution. The losses of life and threats to the lives of our civilian populations from communal and inter-communal violence, banditry and terrorism are of great concern to the administration. It is, therefore, incorrect for anyone to assume the position that the government is doing nothing to address these intertwined threats.

“This administration has successfully dispossessed terrorists in the Northeast of all land and territory that they held; forcing them into hiding out amongst remote forests and across borders and they are being fought in those locations.

“To address the cases of violence against the civilian population in the face of the harsh odds imposed by the COVID economy, this administration just recently recruited 10,000 new constables. All arms of the Military and paramilitary agencies have been authorised to recruit additional men. The procurement of military hardware has been intensified.

“With this egregious listing removed, US-Nigeria relations are now reset, and we can jointly seek resolution to other critical matters – including the fight against terrorists across the Sahel region. This task was complicated by the now reversed decision. To that end, the present administration looks forward to working with the Biden administration on matters, bilateral and multilateral that are important to our friendly states.

“President Buhari is satisfied with the decision by the United States to remove Nigeria from a list of countries deemed to lack religious freedom, placed there by a previous US administration no longer in office.”