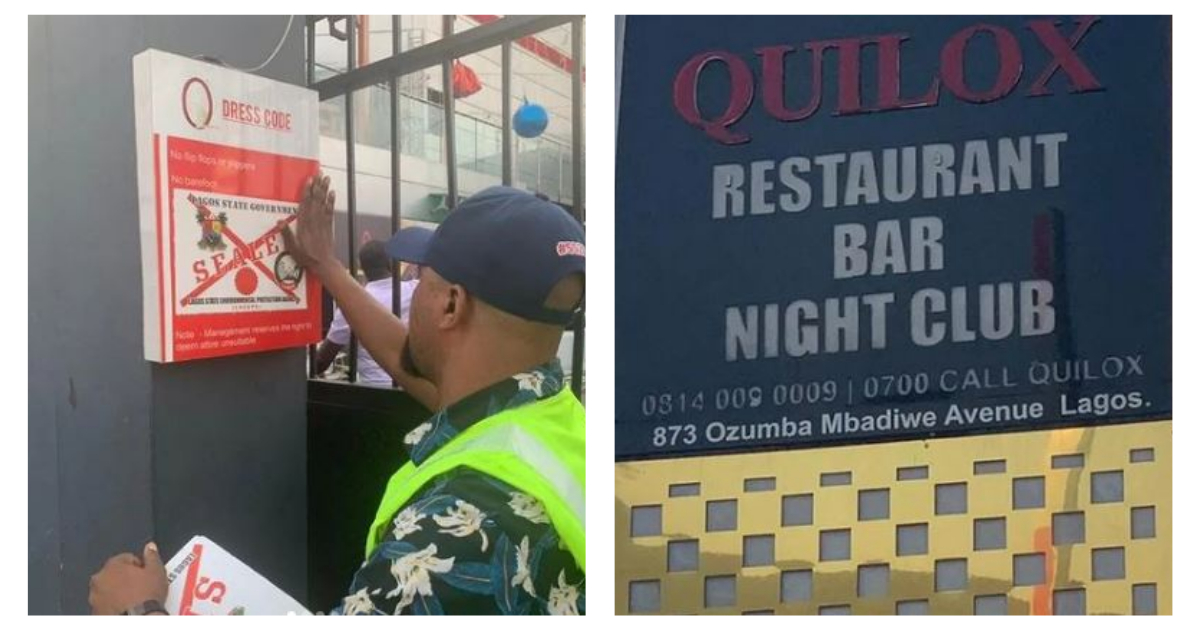 The Lagos State Government has shut down Quilox, a renowned nightclub on Ozumba Mbadiwe Road, due to noise pollution.

Lagos nightclub, Quilox, has been sealed off by the Lagos state government due to noise pollution. According to a statement released by the Lagos State Environmental Protection Agency (LASEPA), the venue was found to be causing excessive noise that was disturbing the peace of residents in the surrounding area.

The government’s enforcement operation was carried out in collaboration with authorities from the agency and the Lagos Task Force.

The decision to close the Quilox club was taken in response to many complaints from local residents. According to sources, the club’s music affects residents’ peace and interferes with their sleep, therefore the decision.

Dr. Dolapo Fasawe, the General Manager of LASEPA, said that the agency received several complaints from locals, including video proof from neighbors, about the environmental nuisances the club was causing.

The Lagos State Environmental Protection Agency (LASEPA) on Saturday shut the popular Quilox Club on Ozumba Mbadwe Street, Victoria Island for its failure to comply with directives on organizing events and not obtaining a sound control permit from the Agency. The enforcement exercise, which was jointly carried out by the officials of the agency and the Lagos State Task Force, was also a result of several complaints made by residents in the area.

Reacting to the exercise, General Manager, LASEPA, Dr. Dolapo Fasawe disclosed that the agency received several distress calls with video evidence from concerned neighbors to support their claims on alleged environmental nuisances being perpetrated by the club without consideration to the rights of other residents to a peaceful environment.”

The Conditions That Could Force Mbappe to Remain at PSG