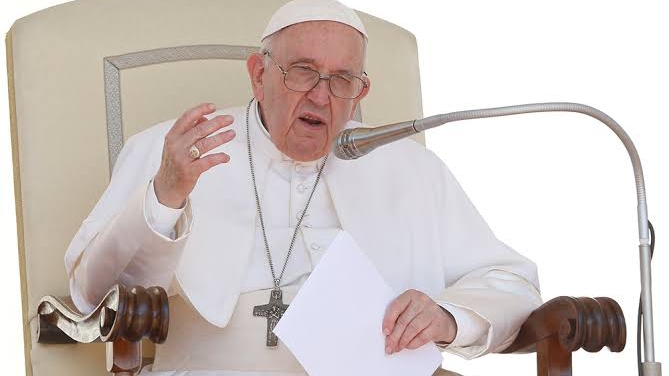 On Monday, June 6, Pope Francis condemned the attack on St Francis Catholic Church in Owo LGA, Ondo state, and sent his condolences to the victims’ families.

In a video uploaded on social media, it was revealed that at least 50 worshippers were shot or killed by the explosives.

11 children and 22 adults have been admitted to the Federal Medical Centre in Owo’s emergency wards, according to the National Emergency Management Agency (NEMA).

In a statement made on Sunday, Matteo Bruni, director of the Vatican press office, indicated that the worshippers were “painfully affected.”

The statement states, “The Pope has learned of the attack on the church in Ondo, Nigeria, and the deaths of dozens of worshippers, many of them children, during the celebration of Pentecost”

“While the details are being clarified, Pope Francis prays for the victims and the country, painfully affected at a time of celebration, and entrusts them both to the lord so that he may send his spirit to console them”

Delta police in a gun battle with kidnappers, kills 3

Video of Prophet who prophesied, warned about impending attack in Ondo two months ago