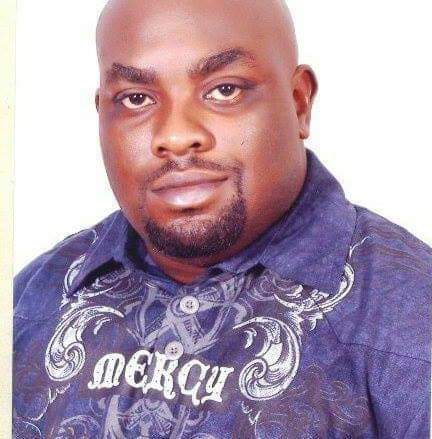 Everything that has an end equally has a beginning. But it is quite unfortunate that people often ignore how it started, and dwell on the conclusion that is founded on assumption. Such conclusion is often erroneous, hence the essence of this piece aimed at tracing the ‘etymology’ of Bassey Albert Akpan’s travail that landed him in prison.

It was in 2013 during Godswill Akpabio’s second term in office that OBA started campaigning for his governorship ambition, even when Akpabio had told him that it was the turn of Eket Senatorial district to produce the governor. At this point, Bassey Albert was one of the most powerful commissioners in Akpabio’s administration, having manned the finance ministry for over 5 years, and doubled as the chairman of the Inter-ministerial Direct Labour Coordinating committee. Hence, he had the financial muscle to challenge Akpabio, who was rooting for a candidate from Eket senatorial district.

As expected, there were verbal attacks, tempers rose and there was tension in the polity which made Akpabio to describe OBA as Political Absalom, in reference to David’s son who rose against his father to unseat him and rule in his stead.

This was when party stakeholders and other significant individuals in the state called them for peace talks. After much deliberations and in line with the governorship rotation arrangement that had existed over the years, OBA was then offered the senatorial ticket of the party which he gladly accepted, and had served for over 7 years.

It was at this time that Barr. Leo Ekpenyong wrote a petition against Godswill Akpabio and Obong Bassey Albert over financial misappropriation and other related matters. Leo Ekpenyong does not need any introduction when it comes to petition writing against politicians in Akwa Ibom state. This was the beginning of OBA’S years of battle with the EFCC.

Based on the allegations of Leo Ekpenyong, Akpabio too was at a point invited by the EFCC but was latter left off the hook.

It is alleged that Akpabio paid Ekpenyong handsomely to drop the petition against him, while OBA’S case was sustained. This was far back in 2013.

OBA’s case was said to have been made worse when Mr. Olajide Omokare, was said to have been prosecuted for money laundering. It was reported that Omokare in his confession had also named OBA as a beneficiary of money laundering allegations. Armed with the confessions in addition to Leo Ekpeyong’s petition, the EFCC has sufficient evidences to nail OBA.

Again, since Akpabio hardly forgives, it was rumoured then that Akpabio equipped Leo Ekpenyong with vital documents capable of nailing OBA to the cross of prosecution in the hands of the EFCC, and OBA’S travail continued.

The question now is: who started the case? Leo Ekpenyong. Who paid for the case to be sustained? Akpabio.

This is the same Barr. Ekpenyong that published malicious contents against Gov. Udom Emmanuel. Not quite long, Ekpenyong accused Governor Emmanuel of paying the judge to deliver judgment against Inibehe Effiong. This shows that Gov. Emmanuel is not even in the “good book” of Leo Ekpenyong.

At this time, Governor Udom Emmanuel was never in the picture. He was not even in government. It is nonsensical to drag Gov. Emmanuel’s name to this case.

Remember, OBA was first arraigned in Lagos, before he, through his lawyers requested that the case be transferred to Uyo, which the court obliged after reasoning alongside their line of thought.

The case was still on course all this while until yesterday that the court finally decided on the case.

After series of hearings, arguments and counter-arguments, OBA accepted before the court that he had collected the said luxury vehicles, though according to him were for campaign purposes.

The prosecutor (EFCC) now with such admittance received a boost to their case. The counsel to the EFCC tendered all the facts of the case and the evidence thereof, which were substances used to the judgment.

It was proven beyond every reasonable doubt, that OBA contravenes section 15(12)(d) of the Money Laundering (Prohibition) Act of 2011, as (amended) and punishable by section 15(3) of the same Act.

The case was decided on the natural grounds that OBA was guilty as charged.

Where then is Gov. Emmanuel’s involvement in the case? The Governor had said it again and again that he was not even aware of the facts of the case.

Truth be told, Gov. Emmanuel does not have a hand in the judgment. Akwa Ibom people should ask Leo Ekpenyong and Godswill Akpabio who started the case. They have the answer to the fate of Bassey Albert.