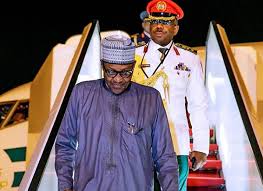 A former Chief Personal Security Officer to the President Muhammadu Buhari, Abdulkarim Dauda, has had his approved three-year tenure extension cancelled by the police for not following the due process.

The commission ordered Dauda, who is a Commissioner of Police, to immediately proceed on retirement refund all the salaries he had collected since January 2020, when he should have left the service.

This was part of the decisions taken by the Police Service Commission at its 13th plenary meeting, which was held in Abuja between Monday and Tuesday.

Buhari had reportedly approved a three-year extension of service for Dauda, who was promoted to the rank of commissioner of police in 2018.

The then Force Secretary, AIG Usman Baba, now the IG, had in a signal conveying Dauda’s tenure extension directed the force’s  Department of Information Technology to amend their records to reflect the development.

Briefing journalists on the development on Tuesday, the PSC Commissioner representing the media, Austin Braimoh, said Dauda had written to the commission seeking promotion to AIG when the illegality in his records was discovered.

He stated, “Dauda wrote to us seeking promotion to AIG and when we checked his records, we found that he obtained tenure extension which did not follow the due process. We found many illegalities in his records and cancelled his tenure extension.

“He has been asked to retire and he will also refund all the salaries he received from January 2020 till date.”

Six CPs were also elevated to AIGs while 17 Deputy Commissioners of Police were promoted to CPs.

According to a statement by the commission’s spokesman, Ikechukwu Ani, the commission also approved the confirmation of 7,166 ASP11 to ASP1 and considered 24 promotion appeals relating to adjustment in promotion dates, and seniority.

NCAA shuts down Globacom Abuja base station over N5bn debt