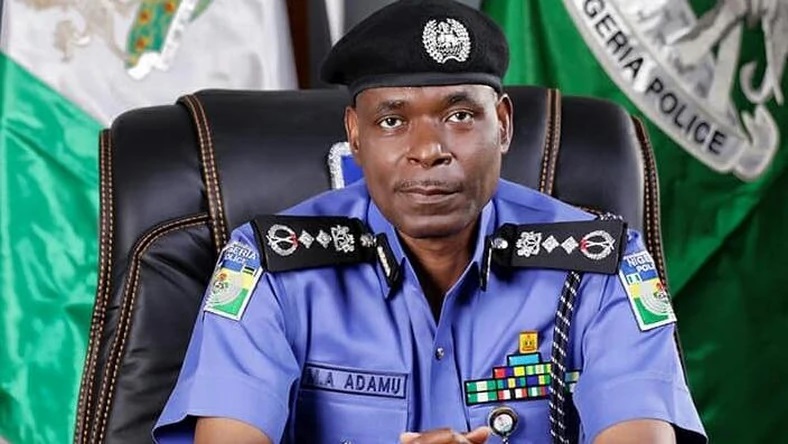 The Nigeria Police Force has transferred a champion of the #EndSARS movement, Eromosele Agene, from Lagos to Abuja for organising a protest on Saturday.

His sister, Onomene Agene, told Topnaija on Monday that the move was done because Lagos is the epicentre of the protest and her brother’s detention could spark a protest in the state.

This newspaper had reported that Eromosele, who is a musician and a civil rights activist, was arrested by 15 policemen at his home located in the Ikeja area of Lagos State on Saturday.

He was subsequently taken before the Commissioner of Police, Hakeem Odumosu, and then transferred to the State Criminal Investigation Department, Panti before being taken to Area F, Ikeja.

However, his sister told our correspondent that when her brother’s lawyer arrived at the Area F command on Monday, he was informed that Eromosele had been moved.

She said, “He has been moved to Abuja and I think they decided to move him because they would not be able to control the outrage in Lagos.”

The Inspector-General of Police, Mohammed Adamu, had told all police formations across the country to ensure that there were no more protests across the nation, a move which activists say is at variance with the constitution.

It was learnt that Eromosele and some others had planned to hold a protest on Saturday and had distributed fliers to the effect which contained his phone number.

Policemen were said to have got hold of the flier, tracked his phone and arrested him at his house.

“He was detained for over 48 hours without bail. He was first taken to the CP’s office in Lagos, then moved to Panti. When the noise started, he was moved to Area F and on Monday morning, when the lawyer visited the place, we were told he had been moved.

When contacted on the telephone, the Police Public Relations Officer in Lagos State, Muyiwa Adejobi, said he would find out what was happening.

Topnaija had reported last week that the Federal Government had begun a clampdown on persons involved in the #EndSARS protest.

The Central Bank of Nigeria had frozen 20 bank accounts belonging to persons involved in the protest while the Nigeria Immigration Service stopped one of such protesters, Modupe Odele, from leaving the country and seized her passport.