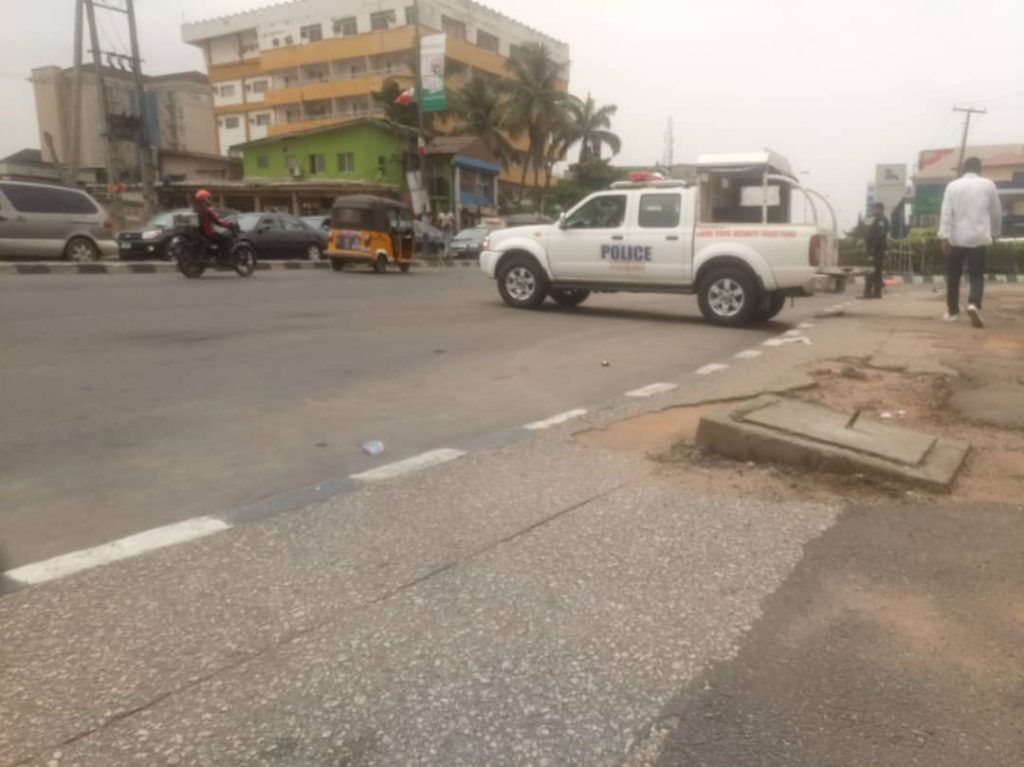 Nigerian policemen have invaded Airport Hotel, Ikeja, Lagos, where some political activists are holding a rally ahead of the March 9 governorship election, TOPNAIJA.NG reports.

Under the Orange Movement, the group converged on Oramiyan Hall in the hotel to strategise on how to stop Bola Tinubu, a national leader of the All Progressives Congress (APC), from having his way in the election.

Babajide Sanwo-Olu, candidate of the APC in the election, has the backing of Tinubu.

Some critics of the APC leader and members of the opposition Peoples Democratic Party (PDP) have alleged that a win for Sanwo-Olu translates into  a fifth term for Tinubu, who served as governor between 1999 and 2007, and influenced the emergence of Babatunde Fashola, who governed the state between 2007 and 2015.

Tinubu also played a key role in the emergence of Akinwunmi Ambode, incumbent governor of Lagos.

The Orange Movement had adopted “O to Ge”, meaning “Enough is Enough”, a crusade which was used to uproot the political structure of Senate President Bukola Saraki in Kwara state.

A member of the movement revealed on Thursday that the police said the group did not seek permission from the appropriate quarters before organising the rally.

The policemen are mounting strategic positions in and outside of the hotel.

Atiku can go to court, we’re not moved – SGF