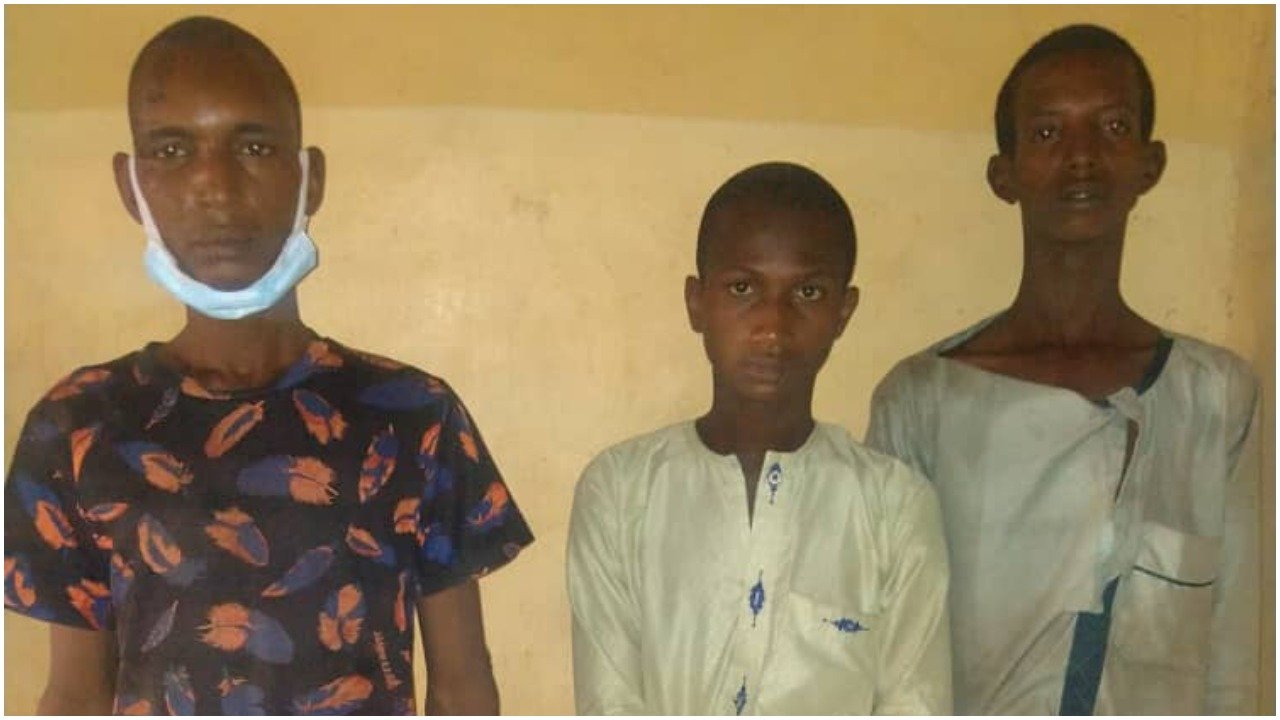 Police Command in Ogun has arrested three suspected criminal herdsmen over “the role they played in the attack of Bamajo village in Ayetoro”, Yewa North Local Government area of Ogun State.

According to the Ogun Police Public Relations Officer, Abimbola Oyeyemi, “the men had attacked the village where they set some houses ablaze and inflicted a deep matchet cut injury on one Ismaila Alabi.”

Receiving the report, the Ayetoro Area Commander, ACP Anthony Aruna, had mobilized his men, hunters, and youths to the scene where the entire area was thoroughly combed.

Oyeyemi informed that the combing exercise was extended to Igboaje bush where one Musa Yusuf was apprehended with a gun and a blood-stained cutlass.

The arrest of Musa Yusuf, TopNaija learned, led to the arrest of two others – “Usman Mohammed and Aliyu Abubakar, who are strongly believed to be part of those who launched the violent attack.”

Meanwhile, the State Commissioner of Police, Edward Ajogun, has ordered the transfer of the suspects to the State CIID for further investigation, while also directing that a manhunt be launched “for the rest of the arsonists with a view to bringing them to justice.

Lately, Yewa North has witnessed incidents of killings, kidnapping, and arson, reportedly perpetrated by those who were alleged to be herdsmen.

But, Governor Dapo Abiodun said those perpetrating the acts were bandits, who he called cattle rustlers.

He said, “Our people have had a problem withdrawing the line between peaceful Fulani people, who are traditionally herdsmen and bandits, who are cattle rustlers.”

According to him, the Fulanis have lived peacefully with Ogun people for hundreds of years, saying the Sarkin Fulani speaks Yoruba better than he does.

Man arrested with Tramadol, drugs worth over 50m

Native doctor who murders infants for rituals arrested in Bauchi