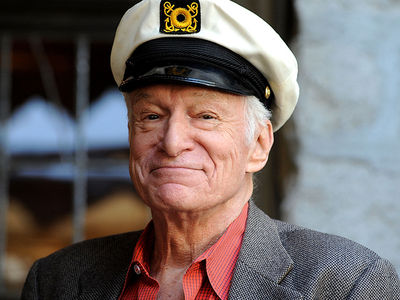 Playboy founder, Hugh Hefner is dead. He died at the age of 91.

Hefner’s health had been in serious decline over the last year and he ‘ s not been seen in public for some time. His passing comes just over a year after his brother , Keith , died battling cancer.

Playboy magazine catapulted Hef into a cultural phenomenon … paving way for the iconic Playboy Mansion that quickly became known for its legendary parties .

Hefner married 3 times – first to high school sweetheart Mildred Williams in 1949 … then former Playmate of the Year Kimberly Conrad in 1989 … and finally Crystal Hefner in 2012 . She’ s 31 .

His third marriage came 4 years after breaking up with longtime GF Holly Madison. He’ s survived by 4 children – – Christie and David from his first marriage and Marston and Cooper from his second marriage.

In 1953, having scraped together $8,000, Hefner put together the first issue of Playboy at home and it hit newsstands in December 1953, complete with an old nude photo of screen goddess Marilyn Monroe that Hefner had purchased to add some oomph to the centerfold. The issue sold more than 50,000 copies and a publishing house was born—as was the pop culture relevance of the Playboy centerfold, which became the playground for Hef’s Playmates of the Month.

20 Things To Start Doing In Your Relationships