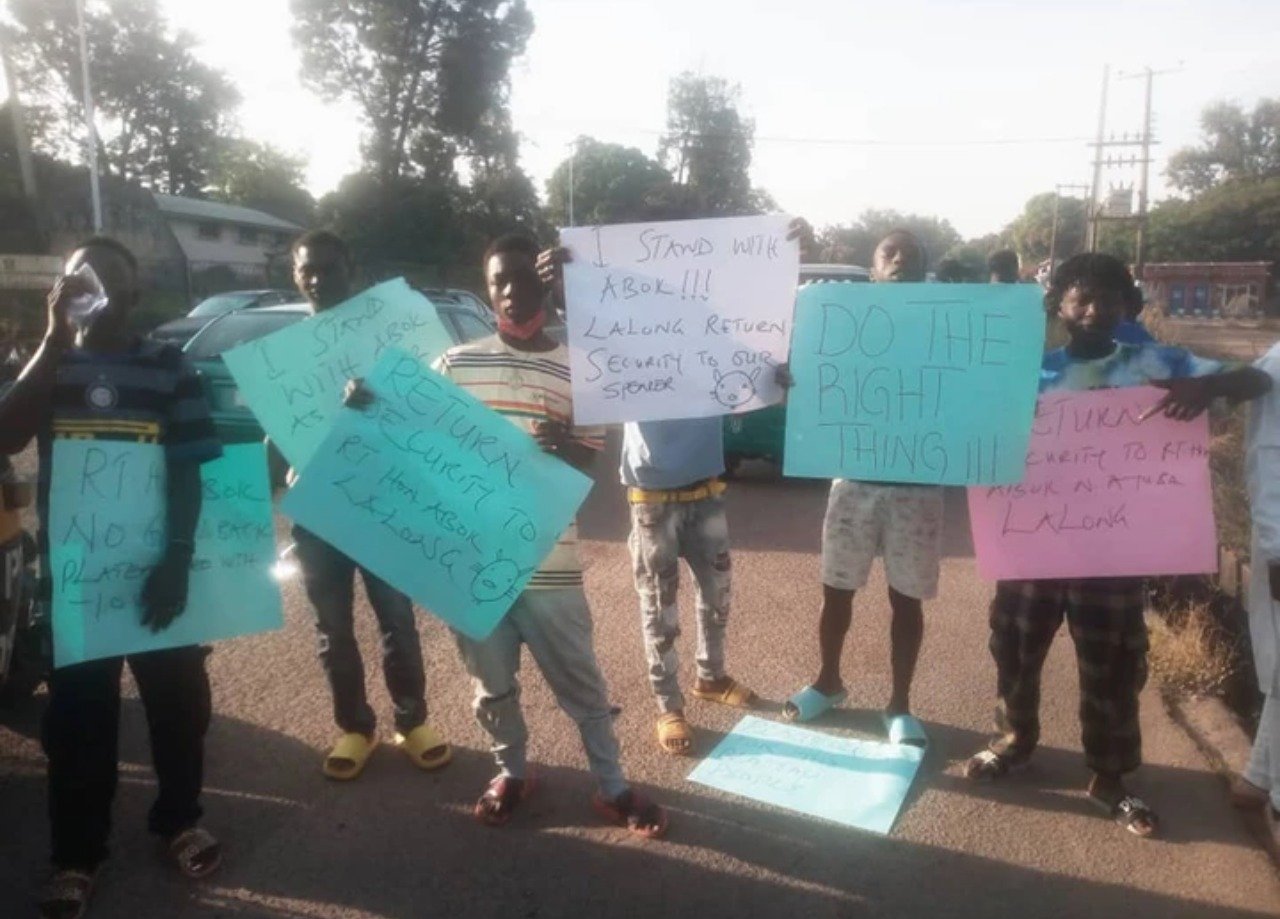 Members of the Plateau State House of Assembly in support of the impeached Speaker Abok Ayuba gained access to the Assembly complex, as early as 6am on today.

It was also gathered that youths supporting Abok were seen within the Assembly complex premises, with placards bearing inscriptions in support of the purportedly impeached Speaker.

It is not yet clear what is going on inside the Assembly complex.

However, one of the members (name withheld) had sent a message saying they were meeting within the complex.

Also recall that the embattled Speaker (Abok) last Thursday presided over a sitting of the Assembly held outside the complex.

Thirteen other members present at the sitting passed a vote of confidence in the Speaker.

Also, during the sitting, 6 members who participated in what the lawmakers described as “illegal exercise” were suspended.

At the sitting, Deputy Majority Leader, Hon. Philip Dasun, (APC, Pankshin South) moved the motion for the suspension of the six of the eight members that carried out what he described as an illegal impeachment.

Dasun said that the Constitution of the Federal Republic of Nigeria Section 92, subsection 2C, stipulated a clear procedure on how to impeach a speaker or a deputy speaker.

According to the Deputy Majority Leader, who is also the House Committee Chairman on Information and Communication, “none of the procedures was followed by the members who allegedly impeached the speaker.

“Members did not form quorum to sit and they do not have a two-third majority required by law to impeach a speaker.”

“They went against Section 92(2c) of the Constitution of the Federal Republic of Nigeria and Order 7 rule 14 of Standing Orders of the Plateau State House of Assembly”, he explained.

“I therefore move that the six member that carried out the illegality be suspended till further notice.

Dasun also moved that a motion of vote of confidence be passed on Rt. Hon. Abok Ayuba as the authentic Speaker of the 9th State House Assembly.

The lawmaker challenged those who claimed to have collected 16 signatures required by law to impeach the Speaker to make it public.

Abok Ayuba (born 1986) is a Nigerian politician who was elected speaker of the 9th Plateau State House of Assembly in 2019.

Related Topics:Plateau Impeachment
Up Next