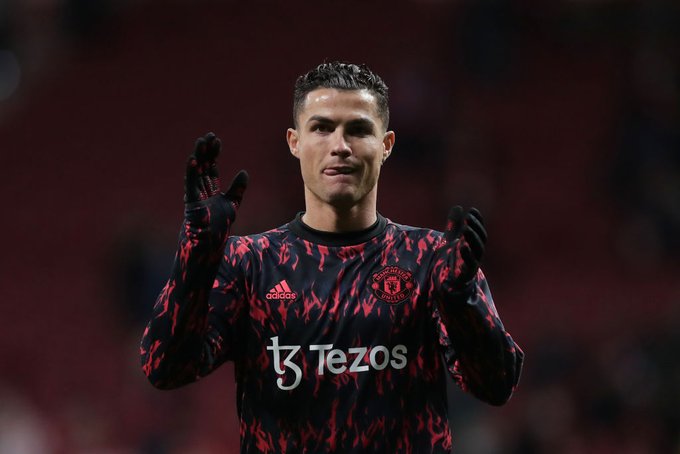 Theo Walcott, current Everton forward is the latest among football stars to react to the uncensored interview of Cristiano Ronaldo with Piers Morgan that took the internet by storm earlier in the week.

The frank comments made by Ronaldo have divided commentators and followers alike.

Theo Walcott commented on the situation, feeling that Ronaldo has destroyed his legacy at Old Trafford with his most recent comments.

He previously referred to Ronaldo as one of the most spectacular players he has ever seen in this generation.

Walcott even likened the scenario to that of Zinedine Zidane, the legendary Real Madrid player who gained notoriety for his notorious headbutt in the 2006 FIFA World Cup final.

“Cristiano Ronaldo, for me, has been one of the most outstanding players I have ever seen in this generation obviously along with Messi – but he has got to move. For me, he has obviously got something already that he is planning to do and I just feel it is a shame, it is that legacy that people are just going to remember this now.” Walcott told talkSPORTS.

“It’s like when I think of Zidane, I always think of the headbutt, I don’t know what it’s, and think that now with Ronaldo and what he’s done here.”

“He obviously exposed himself before the World Cup. He has put it all about him. It is what Cristiano does, which is why he has been so good for so many years.”

Rashford Sides With Ten Hag, Throws Star Under the Bus