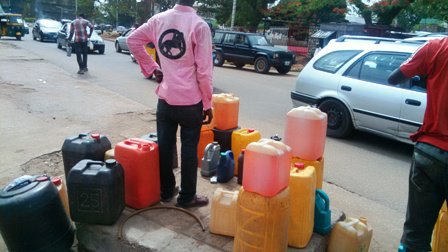 Some petrol stations in Edo State are yet to adjust their prices of fuel to the approved pump price of N145 per litre.

Fuel, at most petrol stations visited on Thursday morning, was still being sold at between N230 per litre and N300 per litre.

There were heavy traffic along Sapele Road in Benin City due to the long queue of vehicles waiting to buy fuel.

Explaining why  stations selling fuel above N145 per litre could not be sanctioned, a top government official who pleaded anonymity said the petrol stations did not get fuel from the NNPC.

He said the monitoring team set up by the state government can not force the marketers to sell at the approved pump price.

His words, “You cannot expect somebody to source for fuel at a price above NNPC depot rate and still sell for N145 per litre.

“We are monitoring those the got from NNPC depots to ensure they sell at the normal price.”