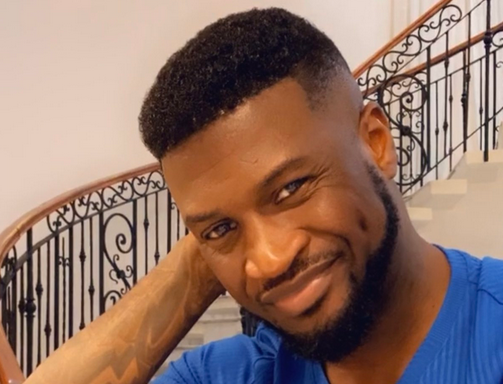 Nigerians virtually had it coming with their selective hypocrisy on celebrities, and it definitely didn’t take long before a celebrity took on the courage to call them out.

And very much so, it was popular Nigerian singer, Peter Okoye of the former P-Square who took it on himself to crash the party via his Twitter handle.

The singer took on the platform to criticize Nigerians for their actions in giving the political class the soft treatment while they loot money only to become self-entitled with celebrities’ in regards to their own success.

Peter Okoye in a series of tweets, condemned how some Nigerians hype and vote corrupt politicians because of the ‘crumbs’ they are given whereas they hold celebrities to very high ransom.

He states that these people go on to beg celebrities for giveaways and feel entitled to such celebrity’s hard-earned money but never hold failed leaders or looters as he called them, accountable.

“You go and vote for Looters, hype them and collect crumbs. Few months later u will come here & look for any celebrity that will do Giveaway for u. if they don’t give u they are stingy, you feel so entitled bt forgot to hold those looters accountable. Ọkwá misplaced priorities!”

“Truth be told! We are in a country where by citizens allow politicians to loot money and play, entitlement on Celebrities and individuals hard earned money…. Una Dey meant”

For a given fact, the singer has a point as celebrities in the Nigerian setting are held to very high standard compared to how politicians are held.

A case in point is how Nigerians formed morally upright views against Nollywood actor, Yul Edochie on his marriage to two women, while inadvertently campaigning for politicians with multiple wives to represent them as leaders.

It is also quite the opposite as politicians who fail miserable in power are given the sympathetic eye whereas socialites or celebrities are expected to change the system or engage in charitable courses.