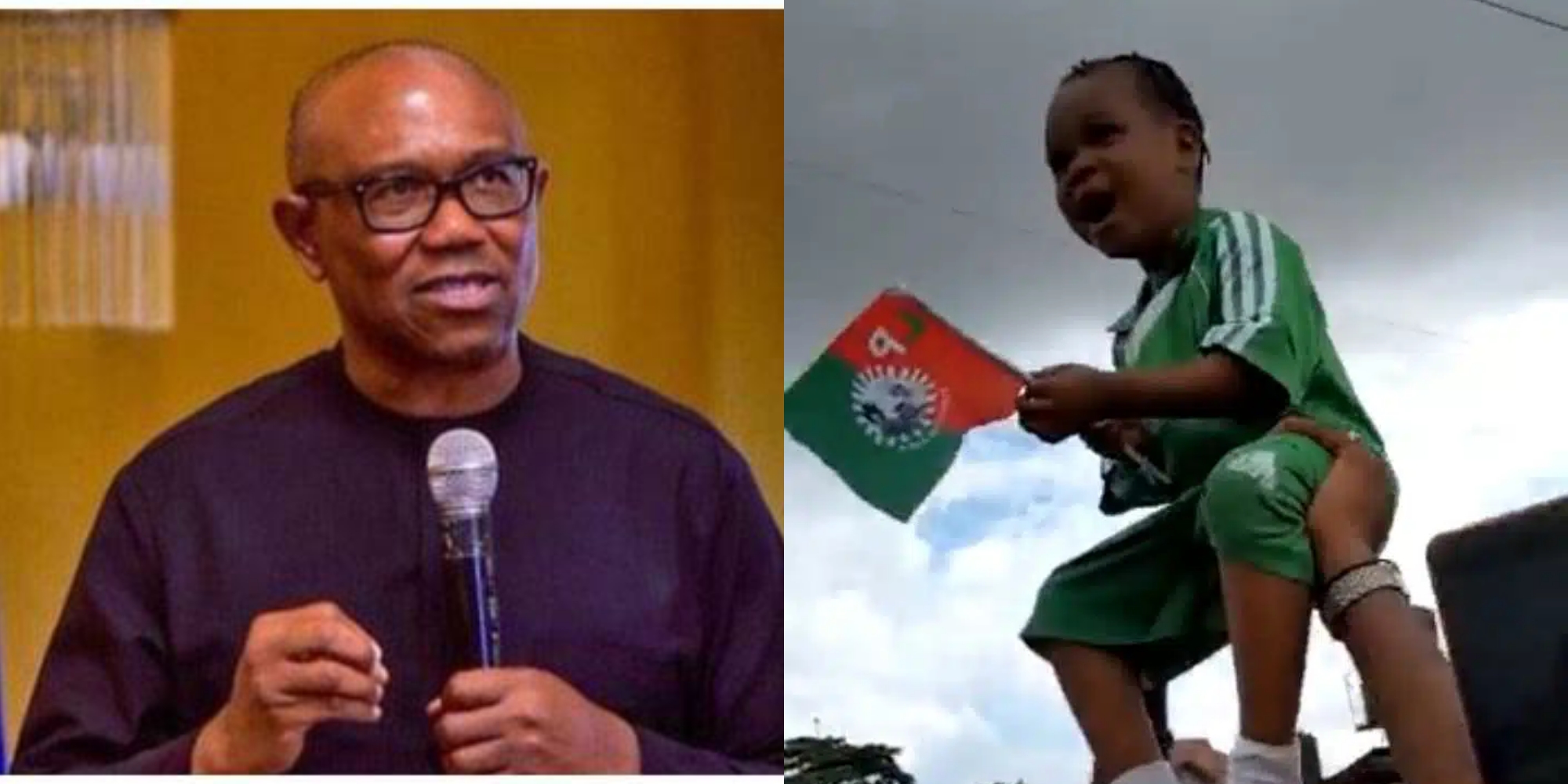 Labour Party Presidential candidate, Peter Obi has been issued a lawsuit for ‘involving a toddler in an election rally.’

The former governor of Anambra State, Peter Obi was slammed with a N50 Million lawsuit by a child rights activist for supposedly involving a toddler in his political rally in Lagos.

TopNaija had earlier reported that some weeks ago, a video which showed the moment a young girl at the Labour Party’s rally made waves across the internet space after which Peter Obi acknowledged the toddler.

Child rights activist, Amb. Wale Ojo-Lanre had on October 27 filed the originating motion on notice before a family court in Ikeja High Court, The News Agency of Nigeria reported.

In the suit marked ID/6332GCM/2022 included: the Labour Party, Queen (mother of the underage girl), Federal Republic of Nigeria, and Attorney-General of the Federation, Abubakar Malami (SAN), Ojo is suing the respondent as a “Concerned Nigerian and litigation friend” of the toddler.

According to him, it is illegal, misleading, unlawful, exploitative, and abusive for Peter Obi to post the picture and video of the toddler via his Twitter handle dated October 2 to refer to her as “a poster child.”

“The first defendant allowed participation and usage of a toddler in an adult political rally, which took place on the street of Lagos on October 1.

“This is contrary to Sections 29 and 33 of the Child Rights Act of Lagos State and Article 36 of the United Nations Convention of the Rights of Children, 1981.

“We seek an order for the first and second respondents to delete their respective tweets and several other posts on their social media accounts in reference to the underage girl-child.

“We also seek an order mandating the fourth and fifth respondents to withdraw the toddler from the care and custody of the third respondent.

“We are seeking court order to foster the child to any welfare home under the accreditation and supervision of the Federal Ministry of Women Affairs or other appropriate authorities for proper care, education, protection and upbringing until she turns 18 years.

“In addition, we seek an order to disqualify the second respondent from participating in the 2023 presidential election for condoning, adopting, encouraging and allowing the usage of the toddler for his rally.”

Related Topics:PETER OBI
Up Next