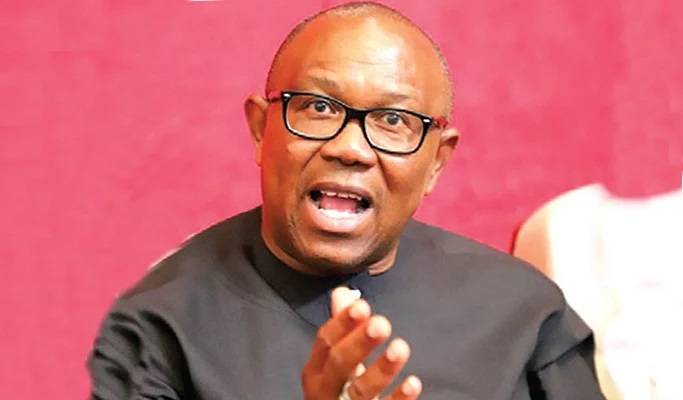 It is probably something that is quite unheard of in the Nigerian political scene for an opposition politician to lay praises on his rival for meaning well for the country.

That is certainly what the National Chairman of the APC, Adamu Abdullahi has done as he points out to Labor Party presidential candidate, Peter Obi as a citizen that means well for Nigeria.

The party chairman states this and counters anyone trying to write him off or underestimate his potential.

Adamu Abdullahi states that he had once visited the former governor in Anambra to see his leadership record which he terms was well proven.

Speaking of the PDP candidate, Atiku Abubakar, he states that he also has the needed qualities and capacity to win ahead of the 2023 general elections.

In addition to speaking of the candidates, the Senator notes that he is confident in his own party in pulling off a victory in the election due to them being well organized and with a higher following.

In his words, he remarked:

“Honestly I have never ever underestimated the capacity of my opponents, I will not do so now. This is not the first time I will be party chairman, I have been secretary of the party, I have been chairman of the party at the state level I have faced elections, I have won some and lost some, I have no reason whatsoever to doubt my opponent.

“The gentleman who is chairman of PDP is a friend of mine, we have known even before we got these positions.

“Peter Obi I knew him when he was governor of Anambra state, I visited him. These are people who mean well as far as I’m concerned, from their outbursts they mean well. They are well grounded, I don’t have doubts about that.

“So I have no reason whatsoever to underestimate their ability to lead their people to victory.”

On what the difference will be on the day of the election, the party leader notes:

“I am telling you that we are better organized. We have a higher number of followership. We have got the register of members of the party, you can verify it.

“These other parties don’t have.

“I don’t contemplate any situation that will make us not to win the election in 2023.”

Kenneth Okonkwo will Continue fighting for Nigeria but for APC, NO