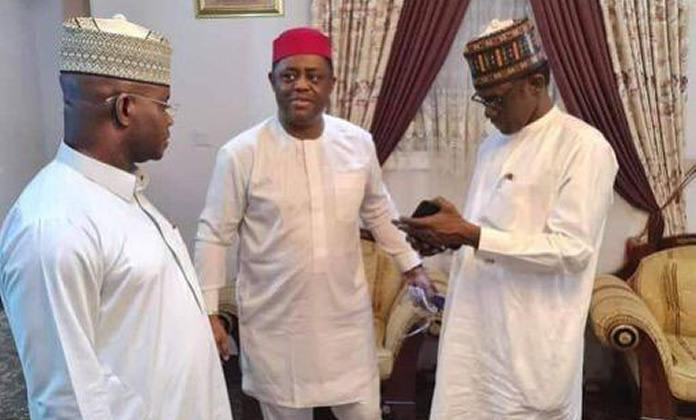 The Peoples Democratic Party on Tuesday criticized the All Progressives Congress for being stuck in propaganda mode after six years of taking power.

National Publicity Secretary of the PDP, Kola Ologbondiyan said this in a telephone interview.

The PDP spokesman, however, declined to make specific comments about the meeting a PDP chieftain, Femi Fani-Kayode had with the National Chairman of the APC, Governor Mai Mala Buni, and Kogi State Governor, Yahaya Bello, in Abuja, on Monday.

Ologbondiyan said, “ It is a shame that we have a coalition of angry and directionless power mongers who were unprepared for governance thrust upon our nation as leaders at the highest level in 2015.

“If anyone was in doubt about the crass incompetence of this All Progressives Congress regime led by Major General Muhammadu Buhari, the desperation with which the APC leadership is trying to associate with PDP members at all levels should provide evidence.

“This was a party which vilified the President Goodluck Jonathan-led administration and deployed foul means just to get power, now after failing woefully they are joining most Nigerians in calling for a return of the PDP using subterranean means.

“I can tell you for free, none of our committed governors is listening to the APC. The claim that they are speaking to four of our governors is clearly false.

“I challenge the ruining party – I chose this word with every sense of responsibility – they have ruined everything from security to the economy you name it. I challenge them to name just one of our governors they are talking to.

“This desperate propaganda will not save them from imminent defeat in 2023, Nigerians whose lives have grown progressively worse since 2015, will do the needful using the ballot box.”