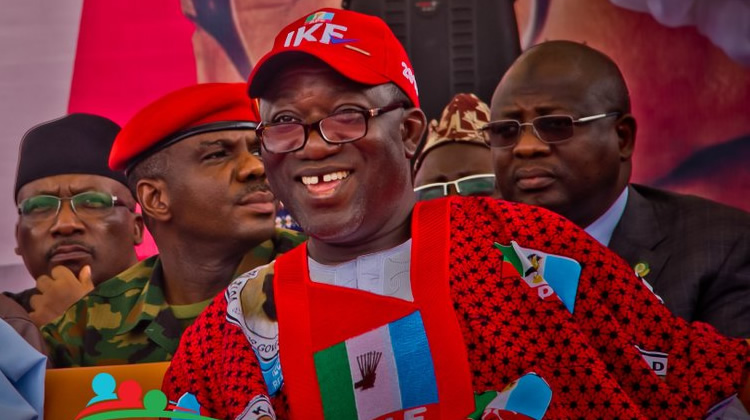 Nigeria’s court of appeal sitting in Abuja has upheld the victory of Kayode Fayemi, candidate of the All Progressives Congress (APC) in the last governorship election held in Ekiti state, TOPNAIJA.NG reports.

In a judgment on Thursday night, a three-man panel of the court dismissed the appeal by the Peoples Democratic Party (PDP) and its candidate, Kolapo Olusola, for lacking in merit.

The court upheld the January 28, 2019 judgment of the Ekiti election tribunal, which sat in Abuja.

Stephen Adah, who read the judgement, resolved all the seven issues raised against the appellants in favour of the respondents — Fayemi, INEC and APC.

Tinuade Akomolafe-Wilson and Emmanuel Agim, both judges, agreed with the lead judgment delivered by Adah.

Dissatisfied with the outcome, PDP and Olusola had filed their petition before the Ekiti state election petition tribunal.

The petitioners alleged, among others in their petition, that the election was marred by a lot of irregularities, including non-compliance with the Electoral Act.

But the tribunal on January 28, 2019 dismissed their petition and affirmed the results declared by INEC.

The petitioners further appealed to the court of appeal, raising seven issues.