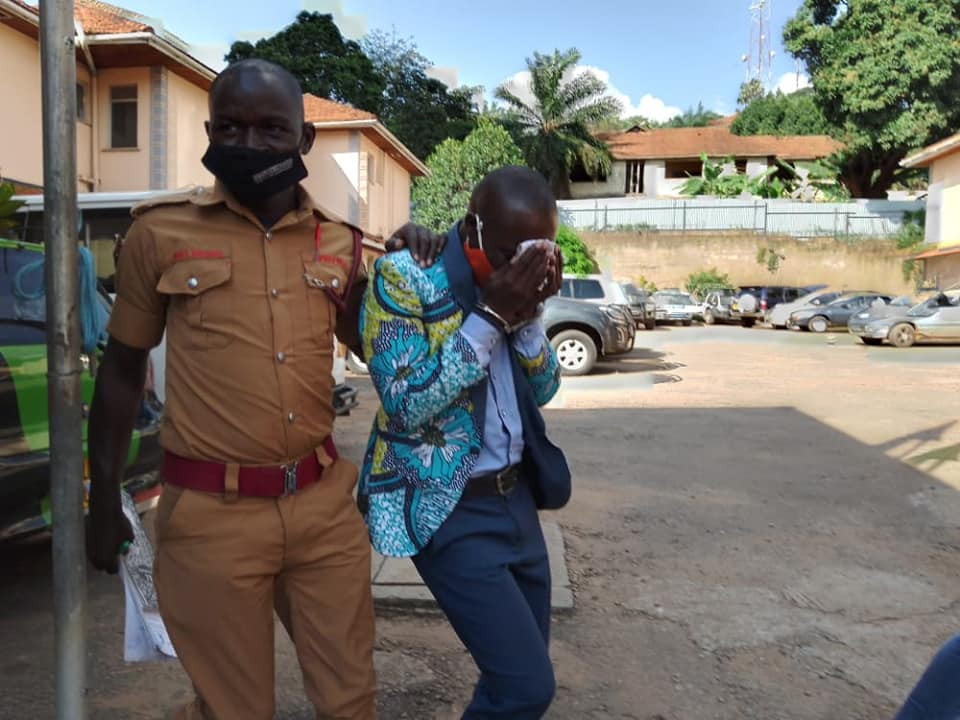 Didas Mpagi, alias Bakulu, who was the headmaster of Real Infant Primary School in Wakiso District when he committed the offenses between 2018 and 2019, was on Friday told by court that he would spend the rest of his natural life behind bars for sodomising at least 13 pupils.

Investigations into the case commenced when concerned residents tipped off the police. When the investigation ran its course, it was reportedly established that Mpagi was not only a headmaster at the school, but also a warden for the male pupils. It was also revealed that he was sleeping in the same dormitory with his victims who were all male and that he sexually exploited them at night.

The investigations also showed that Mpagi cherry-picked his victims from families which were economically weak. He is said to have targeted them to stay in the boarding section of the school for his own carnal pleasures, promising to get them sponsors and scholarships.

Prosecution further told court that once the children were in his school and dormitory, Mpagi threatened to stop paying their school fees or cancel their scholarship if they did not obey his commands.

Prosecution contended that Mpagi held out monetary benefits with the intention of making his victims submissive and sex slaves. It further said Mpagi — who was found to be 28 years and of sound mind — created a sense of insecurity among his victims.

When the police conducted a search at his home, a number of pieces of evidence were found. These included lubricating gels, creams, love letters from the victims, assorted documents, techno mobile phone, flash disk, among other items.

“I have considered the submissions of both counsel. The convict is indeed a first-time offender, he is a married man with children. These are important in mitigation and should be considered so. Court also noted that he has been on remand for two and a half years but that notwithstanding, the offenses of trafficking and aggravated defilement are grave and convicts shouldn’t be handled with glove fingers,” the judge said.

The judge added: “The accused was the custodian of these children. He had received them from very poor families whom he had given assurance that the children would be looked after properly. Parents were happy that they had got a fees relief not knowing that they had handed their children to a defiler.  Instead of giving the children what was expected of a teacher, the convict took upon himself to rubbish them, causing injury and permanent trauma. Such should not be left in circulation of people’s sons if they are to be safe.

According to the judge, a teacher who smears government that the syllabus of the school includes lessons on kissing, just to cause the children to give into his sexual exploits calls for a sentence that will be deterrent to others who may have intentions of sexually exploiting minors.

“I sentence the convict on each and every count from 1-12 to imprisonment for the remainder of his natural life. These sentences to run concurrently,” Justice Wangutusi.

The judge said Mpagi has 14 days to challenge his decision in the Court of Appeal if he’s not satisfied.

Related Topics:Didas Mpagi
Up Next