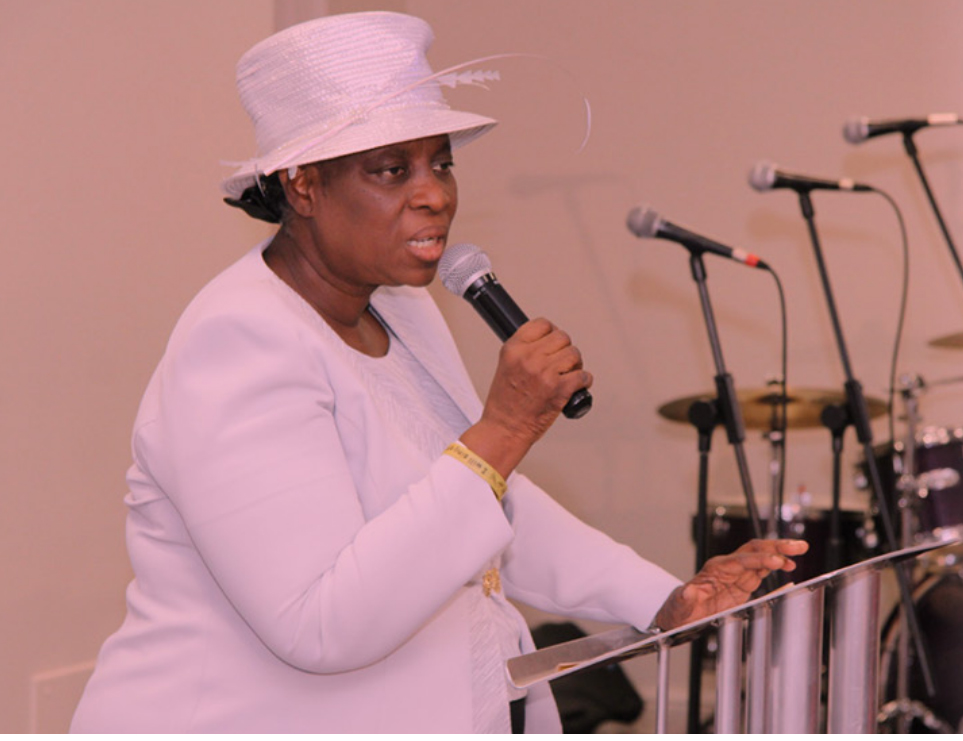 Pastor Folu Adeboye, the wife of the General Overseer of the Redeemed Christian Church of God, has broken silence following her son’s death.

Known as Mother-In-Israel, Mrs Adeboye, who has been married to Pastor Enoch Adeboye for over 50 years, on Friday night, led prayers for Nigeria. The session lasted up to 30 minutes.

Currently ministering at the May Edition of the church’s Holy Ghost Service. The programme was themed, ‘Overflowing Blessings’, the humble clergyman’s wife says Nigeria is going through a siege.

Mrs Adeboye said, “Brethren, today’s prayer is going to be different because there is always a purpose for a season because the Bible tells us in Ecclesiastes Chapter 3 that there is purpose for season.

Folu Adeboye ministering at the moment

She subsequently led various prayer points for Nigeria even as she said “guns cannot help us”.

Mrs. Adeboye’s third child, Pastor Dare Adeboye, died on Wednesday in Eket, Akwa Ibom State, where he was based with his family.

The death of the 42-year-old pastor shocked the whole world as well-meaning persons including presidents, governors, and personalities condoled the 79-year-old general overseer and his wife over the death of their son.

The general overseer of the church, which is one of the largest churches in the world, had also preached on Thursday night during the Holy Communion Service of the monthly programme.

Folu Adeboye married Enoch Adeboye on December 17, 1967. She is a mother of four children (three sons and a daughter) and several grandchildren from the marriage