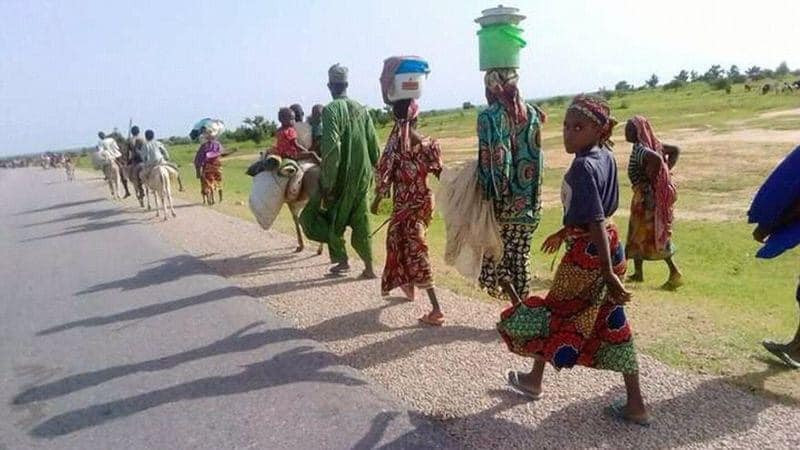 TopNaija reports that some communities in Sokoto state are deserted after armed bandits killed four persons and rustled several livestock.

Colonel Garba Moyi (Rtd), the state Commissioner for Carrier and Security Matters, who confirmed the attacks, said three persons were killed at Bargaja village in Isa local government area while one was killed in a community under Sabon Birni local government.

It was gathered that the armed bandits invaded Bargaja around 2 pm on Thursday, shooting sporadically.

A resident, who spoke to Daily Trust said six persons were shot in the village, but only three died while the remaining three are currently receiving treatment in the hospitals.

A resident of Isa who identified himself as Surajo said that inhabitants of Bargaja, Tozai, Turba, and Danzanke have all relocated to Isa town following series of attacks on their villages.

“They don’t sleep in their places anymore. Only some of their men who have farmlands nearer to the village go back every morning to work on them and rush back to Isa town before sunset,” he said.

Another resident, who sought anonymity, said one person was killed on Friday at Adamawa village.

He stated that one Malam Bilya Idris otherwise known as Idi Gago was killed at Dankura village and Malam Abdulmajid Abdurrahman, Muhammadu Hatimu, and Yazzid Sa’idu lost their lives during Zangon Malam’s attack some weeks ago.

However, the commissioner explained that the attacks were made by the splinter groups of those gangs that already embraced peace with the government, and they were meant to rustled animals not to kill the villagers.

He explained that most of the people killed were either members of the vigilante group or those who lost their animals and decided to pursue the bandits.

“That is why we don’t encourage the villagers to engage them because we have our own ways of recovering whatever they have stolen. We use their brothers who embraced peace to recover the animals and even their weapons as well as the secure release of kidnapped victims,” he said.

He added that over 20 weapons had been recovered from the bandits while many captives have been freed.