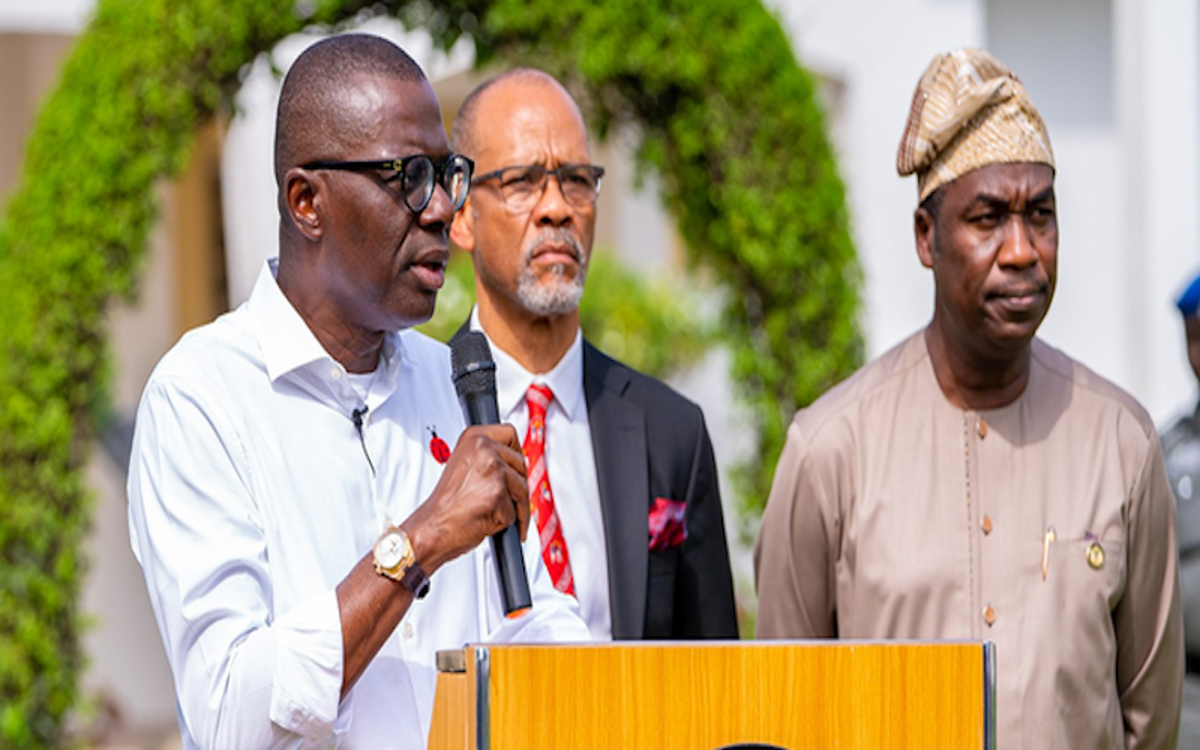 Not less than 4,176 persons infected with coronavirus in Lagos State are currently undergoing home-based treatment in the wake of the second wave infections across Nigeria, and the world at large.

The state Commissioner for Health, Prof Akin Abayomi, disclosed the figures on Friday via his Twitter handle, @ProfAkinAbayomi, noting that 115 cases were in isolation.

He put the number of COVID-19 cases discharged from Lagos care centres at 2,901 while three new coronavirus-related deaths were recorded, bringing the total COVID-19 induced fatalities in the state to 240.

He appealed to people to stay safe, avoid crowded places and celebrate responsibly, warning that those who have no reason to move around should stay at home. In his earlier tweet on December 30, 2020, Abayomi said COVID-19 infections in Lagos were 30,221. Meanwhile, some state governments have shot back at the Federal Government, saying they are not responsible for low COVID-19 testing in their states.

The states are Cross River, Akwa Ibom, Anambra, Zamfara, and Osun. Some of the state governments outright debunked that they were not conducting enough tests, while others like Anambra blamed the low testing on religious leaders who make their followers believe that the coronavirus was a farce.

The Federal Government had on Tuesday complained that despite the resources available to states, the test they were conducting was still low. The NCDC, in its statistics released last Sunday, listed eight states and the Federal Capital Territory with the high number of tests.

Abayomi had on Monday said the state had conducted 236,212 tests, the highest in the country. On Thursday, fresh 1,031 COVID-19 cases were recorded by the NCDC, shooting the number of cases in the country to 87,510.

Amidst the growing concerns over the second wave of the pandemic and low testing, some state governments, in separate interviews with our correspondents, have explained why they are not responsible for the situation.

For instance, the Cross River State Government said the state’s reference laboratory which was vandalised and looted during the #EndSARS protest in October 2020 had yet to be rehabilitated.

The state, therefore, called on the Presidential Task Force on COVID-19 to rehabilitate the lab.

The Commissioner for Health, Dr Betta Edu, told journalists that the reference lab had yet to be rebuilt months after it was vandalised, adding that the state government had taken steps to notify the NCDC Director-General, Dr Chikwe Ihekweazu, and the PTF about the urgency of the matter but to no avail.

She said, “The reference lab was vandalised and looted during the #EndSARS protest in October. I have gone to Abuja to meet with the NCDC boss. We have written and sent applications to the chairman of PTF (Boss Mustapha).

“The governor has even discussed it with senior authorities and we have yet to get an urgent response from the government which should be interested in testing at this point, knowing that we are coming into the second wave of COVID-19, which might be stronger than the first wave.

“The PTF, at this point, should be interested in ensuring that every single public lab in Nigeria is up-and-running at maximum speed. If possible, expand the lab so that they can test more people. But this is three months going (sic). Every other day, I send emails to Chikwe and we have been trying to reach out to them so that they can get our lab back so that we can continue massive screening and testing.”

Edu further said only the University of Calabar Teaching Hospital had been carrying out tests in the last two months for severe cases brought to its isolation centre, as against the idea of community testing and collection of samples, due to the condition of the state reference lab.

She said, “This is what the PTF should place as a priority at this point in time. They (testing centres) are things that should take two or three weeks to set up. This is a matter of national emergency that should be addressed almost immediately. But it is taking so long for them to do it.

“So, for me, really, they (PTF) should pay less attention to numbers and more attention to getting the job done. They should fix the lab and let there be massive testing across the country.”

Giving its reasons for low testing in Anambra State, the government blamed some clerics, doctors and some Indigenous People of Biafra.

The Commissioner for Information and Public Enlightenment, C-Don Adinuba, said IPOB and the clerics had told the people that COVID-19 was a hoax.

Adinuba also attributed the low testing to the activities of some medical doctors in the state who he said treated some patients in their private hospitals, thereby reducing the number of tests being carried out at government facilities.

Stating that there was no Federal Government-owned COVID-19 laboratory in the state, Adinuba said the state had three testing centres.

He said the state had about 500-capacity isolation facilities across the state, adding, that the state government had adopted home treatment for COVID-19 patients for convenience.

He said as of press time, no COVID-19 patient was in any isolation centre in the state.

Adinuba said, “We don’t have any COVID-19 laboratory in Anambra State that belongs to the Federal Government.

“But of late, our people have not been going for testing because of reasons like indoctrination by IPOB, and the clerics telling [people] that COVID-19 is not real. Also, our doctors treat COVID-19 patients in their private hospitals.”

Also citing its reason for low testing, Zamfara State Government said it had no testing facility in the state.

Due to this, the state Commissioner for Health, Alhaji Yahaya Kanoma, said the state used to send blood samples of suspected cases to Abuja.

“We have no test centres in the state. But what we do is that we take blood samples to Abuja,” he said.

Kanoma added that the 112 cases recorded in the state by the NCDC were the results of blood samples sent to Abuja several months ago, saying, “We have no COVID-19 case at the moment.”

Also reacting to the claim by the NCDC regarding low testing, the Special Adviser to the Osun State Governor on Public Health, Dr ‘Siju Olamiju, said the state had been conducting tests and working on preventive measures to contain the spread of the virus.

Olamiju said between Monday, December 28, and Thursday, December 31, the state took 68 samples, out of which 10 returned positive for COVID-19.

He said, “There is always room for improvement, but to say we are not conducting enough test is not correct. We presently have one patient in our isolation centre.

“As of today, we have two labs functioning and recognised by the NCDC – the African Centre of Excellence for Genomics and Infectious Disease at Redeemer’s University, Ede, and Osun State University Molecular Lab.”

On its part, Akwa Ibom State government said it was shocked at the NCDC report which listed it among the states with low number of COVID-19 tests.

The state Commissioner for Information and Strategy, Ini Ememobong, said the state had even gone a step further by conducting community testing for suspected patients.

“That information is strange to us because we have PCR [Polymerase Chain Reaction] labs here and we are into community testing, so I don’t know why Akwa Ibom State should be listed among the states with low tests.

“We conduct tests based on the NCDC protocols and we have gone into community testing. That is why we tested corps members who were posted to the state and some of them were positive. The state epidemiologist is up and doing with community (testing),” Ememobong said.

Meanwhile, the Lagos branch of the Nigerian Medical Association has lamented the nonchalant attitude of Nigerians, saying it is responsible for the second wave of the COVID-19 pandemic.

The Chairman of the Lagos NMA, Dr Adetunji Adenekan, said this on Friday in a statement, titled, ‘Reflecting on the lesson of (the outgone) year 2020.’

Adenekan also stressed the need for a high index of suspicion among health care professionals.

He said, “We must state, with the utmost sense of responsibility, that the carefree or nonchalant attitude of the Nigerian public towards the COVID-19 protocols is largely responsible for the second wave of the pandemic.

Related Topics:Coronavirussecond wave infections
Up Next