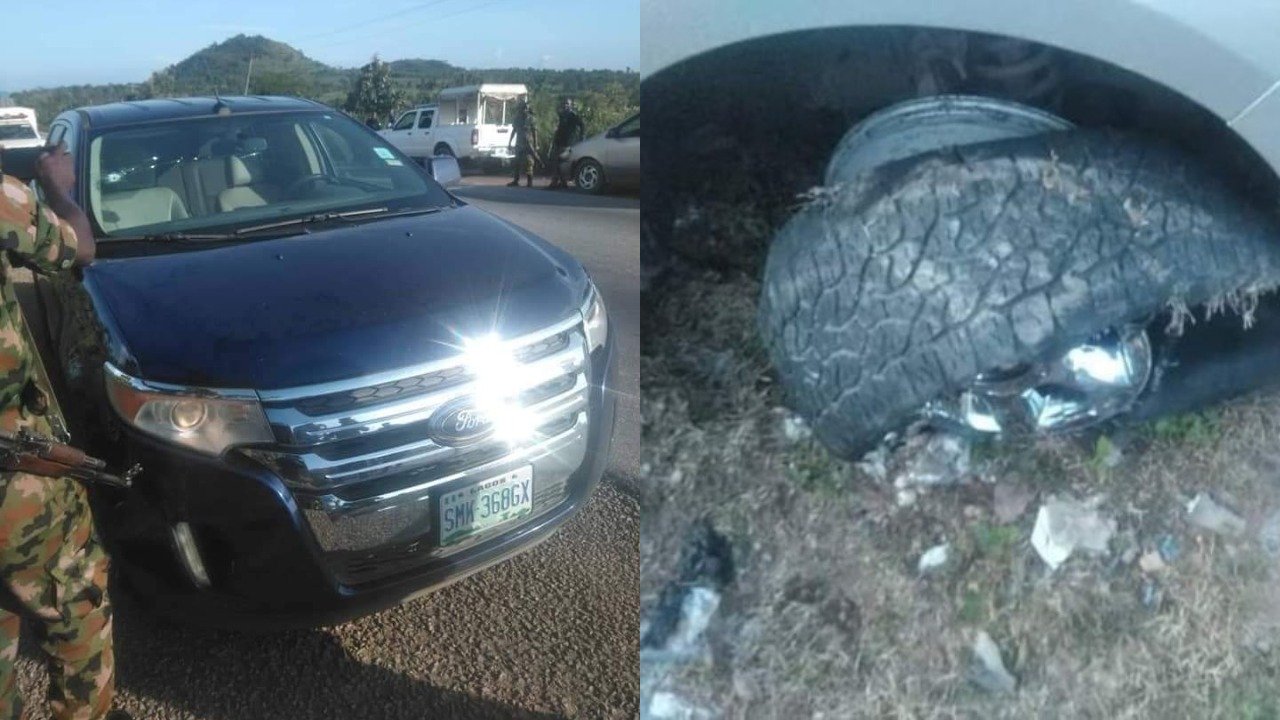 According to a statement released by his media office, gunmen suspected to be hired assassins opened fire on his convoy on Monday, the incident occurred along the Akure-Okenne road in Kogi State.

The statement revealed that the lawmaker and his wife, Mrs. Abimbola Afolabi had just left their home town, Ikirun on Monday morning after attending the APC State Congress on Saturday and were dropped off by his drivers at the Akure Airport in order to catch a connecting flight to Abuja while his drivers continued the journey by road to Abuja.

“The two cars, Ford SUV and Ford Hilux were, however, attacked along Akure-Kogi road and the gun shots were directed to where it was suspected that Lekan Afolabi would be seated in both cars.

“The front tyres of both cars, windscreen, rear seat and the fuse boxes were shot at and as a result, the vehicles could not start again,” he disclosed.

The statement also explained that one of the drivers in the convoy of the lawmaker had noticed that a green Honda CRV had been trailing them from Osun early Monday morning.

The incident has since been reported to the police.