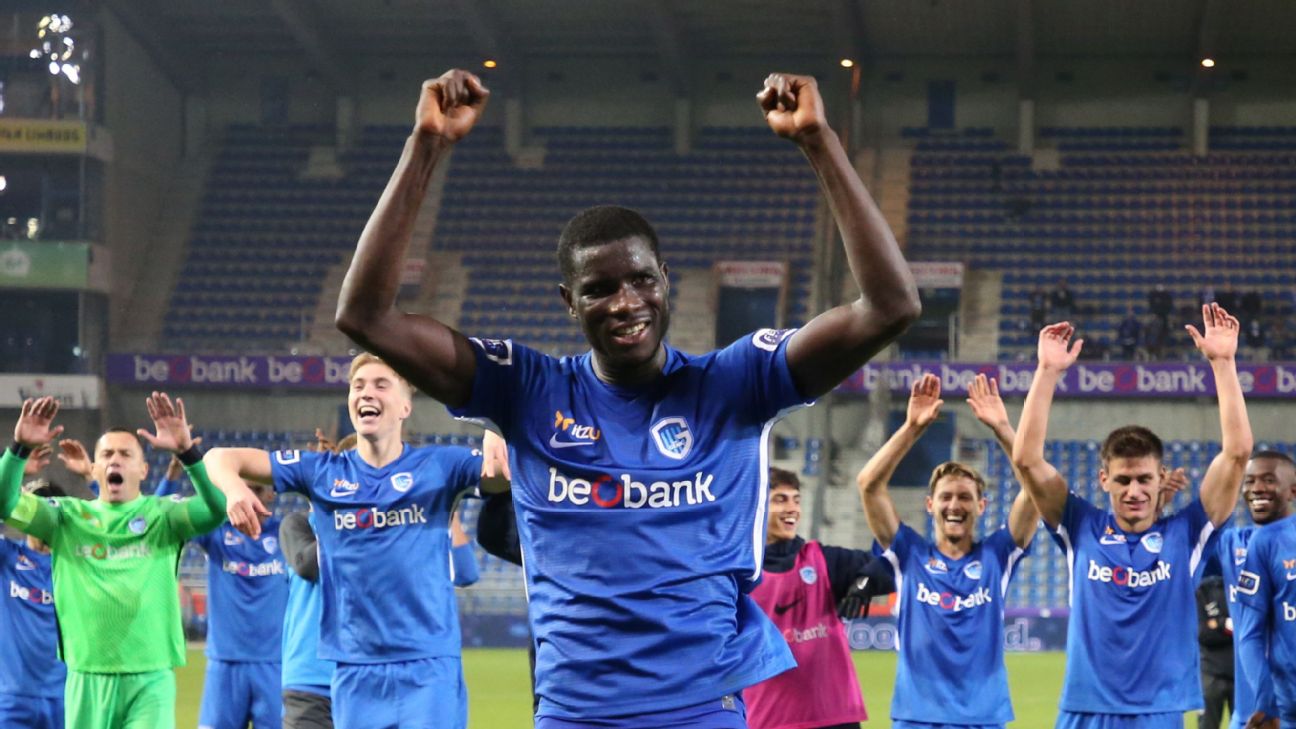 Nigerian professional footballer who plays for Belgian club Genk and the Nigeria national team, as a forward striker, Paul Onuachu, scored twice as they lost 3-2 to Royal Antwerp on Saturday.

The Nigerian’s brace ensured he finished the 2020/2021 season with 29 goals. The record is Onuachu’s best goalscoring return in his professional career.

The 26-year-old is eight goals above OH Leuven’s Thomas Henry, who has 21 league goals.

The Super Eagles striker fired the visitors ahead at the Bosuilstadion with his 22nd-minute opener, and he later made it 2-0 with his strike from the penalty spot, four minutes after the hour mark.

Onuachu has scored at least a goal in his last five matches in all competitions, including his international heroics with Nigeria where he scored in each of their Africa Cup of Nations qualifiers against Benin and Lesotho last month.