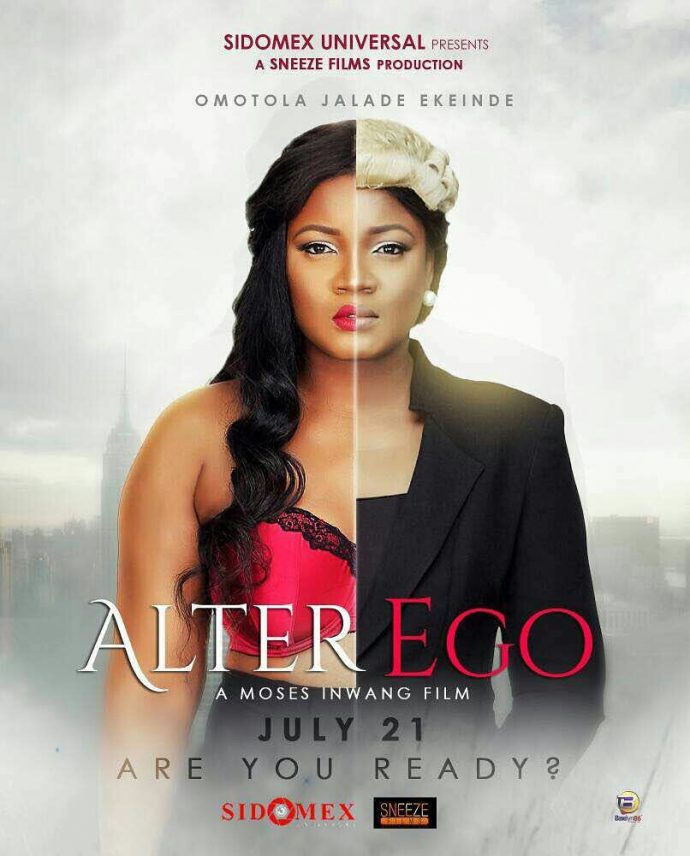 Why Omotola’s Alter Ego might be the most anticipated movie of 2017 | Watch!

The official trailer for Alter Ego- Omotola’s first movie after her 3 year hiatus from Nollywood has just been released by Sidomex Universal.

On May 8, 2017, the official teaser to the movie was first released gathering massive attention from movie lovers making Alter Ego the most anticipated movie of 2017 so far.

The movie features super star actress, Omotola Jalade-Ekeinde who stars as Ada Igwe; a ferociously ambitious lawyer who would stop at nothing to put male sex offenders behind bars even if it means stepping outside the boundaries of the law. She however has to battle her own demons when faced with a case that threatens to destroy her and everything she stands for.

Alter Ego was executively produced by Esther Eyibio and directed by Moses Inwang of Sneeze Films.

Watch the trailer for Kunle Afolayan’s second film of 2017