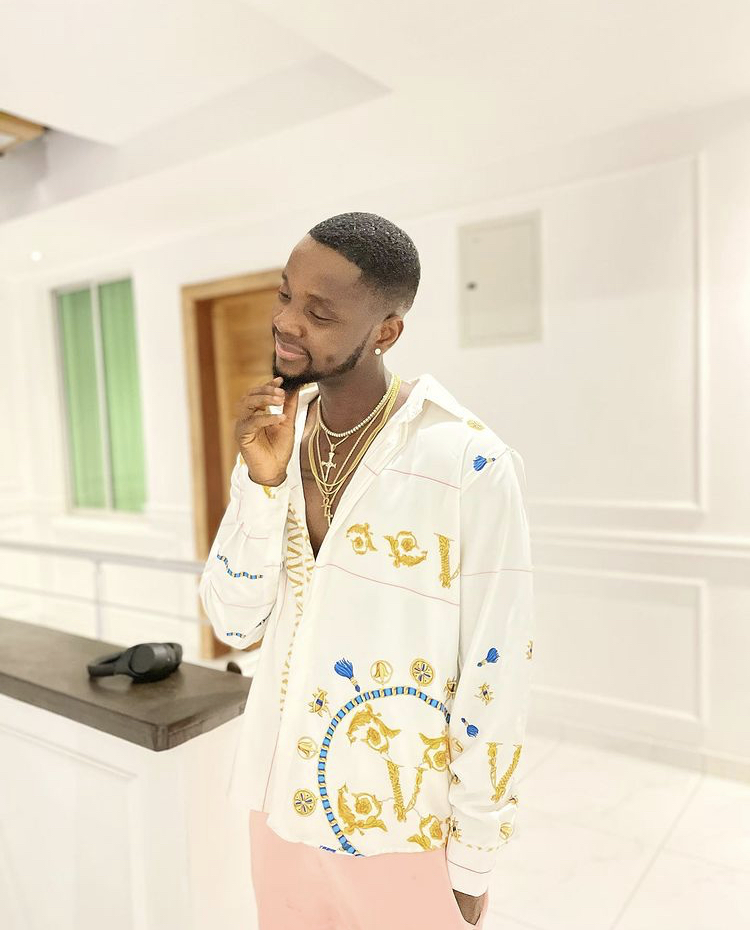 All you need to know about Oluwatobiloba Daniel Anidugbe popularly known as kizz Daniel Let’s take a look at his Biography, Nationality, Career, Age, Net worth, Family.

Oluwatobiloba Daniel Anidugbe popularly known as Kizz Daniel. Was born 1st of May 1994, in Abeokuta, Ogun State, Nigeria. He is the second of five children in the family. He hails from Abeokuta North local government area.

EDUCATION
Kizz Daniel attended Abeokuta Grammar School and graduated from Federal University of Agriculture, Abeokuta in 2013, with a degree in Water Resources Management and Agrometeorology (Water Engineering). While in university, he decided to pursue music as a career alongside his studies.

CAREER
After being signed to G-Worldwide entertainment, Kiss Daniel released his first official single “Shoye” which was produced by Beatburx on 1st May 2014. After which he released the music video of “Shoye” which was directed by MEX.

On 1st September 2014, Kiss Daniel released his second single “Woju” produced by DJ Coublon. The video for Woju was shot in Lagos, Nigeria and directed by Adasa Cookey. The song spent eleven weeks on the MTV Base Official Naija Top Ten Chart, including six weeks at the number one spot. The song “Woju” shot him to fame in 2014.

In May 2015, Kiss Daniel released another hit single “Laye”.  The song was globally accepted and enjoyed massive air plays in both clubs, television and radio stations. The video of his hit single “Laye” was shot in different locations in eastern part of Africa and was directed by AJE Films. In September 2015, Kiss Daniel won two awards within the space of three weeks.

After spending four years in G-Worldwide Entertainment, Kiss Daniel left the company in November 2017 and created his own record label “Fly Boy Incorporation”.

After the success of his hit single “Woju” in 2014, Kiss Daniel recorded and released a remix of “Woju” featuring Tiwa Savage and Davido. The remix of “Woju” was peaked at Number 1 and Number 2 spot respectively on the MTV Base Official Naija Top 10 Chart.

During an interview with the media, Kiss Daniel stated that Danfo Drivers, Oritse Femi, 2Face Idibia, Wande Coal, W4 and 9ice where the celebrities that influenced him so much. Unfortunately, Kiss Daniel lost his father on 9th May 2015 which left him depressed. On 14thMay 2016, Kiss Daniel released his first debut studio album “New Era” under G-Worldwide Entertainment record label. Kiss Daniel has won several awards both home and abroad.

Kizz Daniel with Jalil and Jelani

PERSONAL LIFE
Kizz Daniel revealed that his biggest challenge towards stardom was the financial means, hence the need to depend on the patience and work hard. He said the Name Kiss Daniel was given to him by a lady named “withheld”

ACHIEVEMENT
In 2015, City People Music Award for Best Collabo of the Year

In 2015, Nigeria Entertainment Award for Best New Act to Watch

The Headies Award for Album of the Year

In 2016, The Headies Award for Hip Hop World Revelation of the Year

In 2016, Nigeria Entertainment Award for Hottest Single of the Year

In 2016, Nigeria Entertainment Award for Afropop Artist of the Year

In 2016, City People Music Award for Music Artist of the Year (Male)

NET WORTH
The multi-talented entertainer Kizz Daniel’s net worth is valued about Millions of dollars.