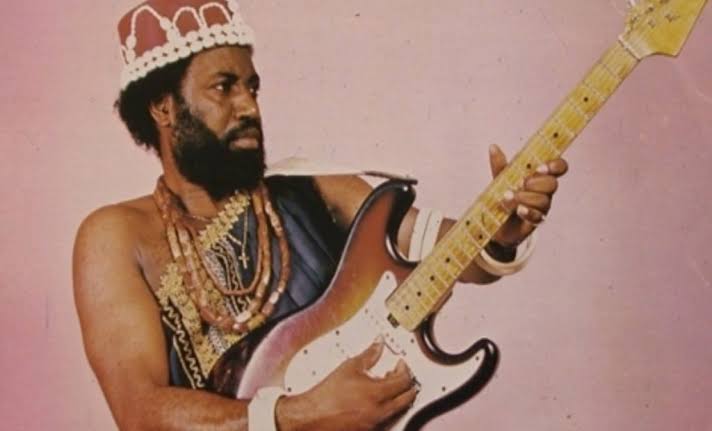 
Oliver Sunday Akanite, better known by the stage name Oliver De Coque, was a Nigerian guitarist and one of Africa’s most prolific recording artists.

EARLY LIFE
Oliver Sunday Akanite popularly known as Oliver De Coque. He was born in Ezinifite, Anambra State, Nigeria, in 1947, to an Igbo family. Oliver died in June 21, 2008 from a Heart attack.

EDUCATION
He had his Primary school education at Saint Simon Central school, Ezinifite before going on to the Niger Institute of Commerce where he studied English, Book Keeping and Accountancy and then going on to pass his Royal Society of Arts exam. Oliver de Coque joined the Nigerian civil war, not as a soilder but as an entertainer.

After the Civil war in 1970, he travelled back to Aba in search of a Job, something else to do that was not Ekpili music, he met a musical band, Sunny Agaga and his Lucky Star band that came from Lagos to perform at Aba and asked him to give him a job as a guitarist. After listening to him play, Sunny Agaga automatically hired him and after the show, they left for Lagos. He left the band because he felt they were not ‘buisness-like’.

He found another band, Jacob Oluwole and his Friendly Unit band. He helped them to complete their ongoing project, ‘Agbasisi’ which became a hit but he noticed that they were quarrelsome people and were not as friendly as their name implied. He left their band and joined Sule Agboola and his Moonlight Star Band as they were preparing for summer tour in Europe in 1973 and on July 17 1973, he travelled with them to Europe. While on tour, he got a part time job. He used his earnings from the Job to secure two guitars, two amplifiers and a set of drums in preparation for his own band.

Coque started his music career in the mid ’70s with his band,Ogene Super sound of Africa which blended mordern and traditional Igbo music to form a unique mix of Highlife sound which he called ‘Ogene’. His first album was ‘Messiah’ which was a hit.

In 1979, he came out with ‘People’s Club Ka anyi bili be ndu’ and it was his greatest hit with over two million copies sold. He followed up with ‘Identity’, ‘Ugbana’, ‘Easter Special’ and ‘Obele nwa n’ame iri enu’.

He established Ogene Music Foundation on his 50th birthday in 1997 which was a foundation to bring up indigent highlife musicians so as to get someone to suceed him.

He has about 86 albums to his credit.

FAMILY
He has 12 children. Seven boys, three of which are into music and five girls.

PERSONAL LIFE
Oliver de coque was so good that in 1994 the Alaafin of Oyo, Oba Lamidi Adeyemi crowned him the King of Highlife music and in thesame year, he was conferred with the Honorary Doctor of Letters in Music at the University of New Orleans.

In 2001, he was conferred with the title of Ikemba by the Igwe of Ezinifite, HRH Reuben Ananti and his cabinet. He died on June 21, 2008 from a Heart attack. His son subsequently noted that De Coque had prioritised performing 2008 but had planned to seek medical advice the month after his death.

NET WORTH
Oliver Sunday Akanite’s net worth or net income is estimated to be $7 million. He has made such an amount of wealth from his primary career as a singer.