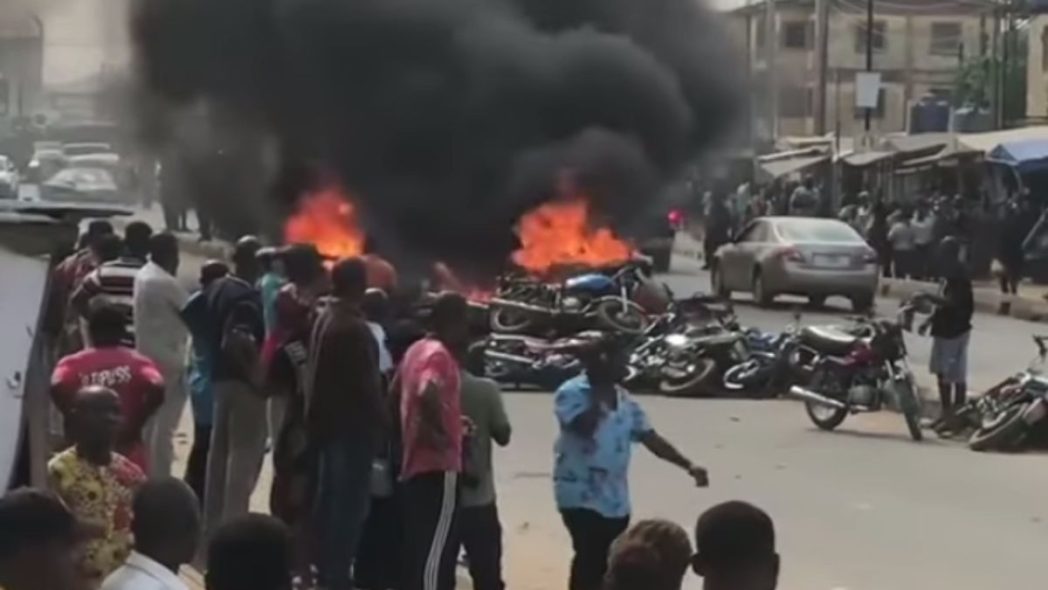 The issue of Okada ban in Lagos State has been one that has caused a lot of debates on the internet and even amongst the average folks. But for the youths of Jakande, it is no love lost for the group.

The Youths at Jakande Estate, Isolo, on Thursday took it on them to set ablaze over 20 commercial motorcycles, belonging to okada riders after a fatal accident had occurred to kill one person.

According to reports gathered from eye witness accounts, the incident happened when one of the Okada riders took a cut way by pass only to come crashing into a pedestrian who died at the spot.

In retaliation, the youths within the vicinity took out their anger and hijacked whichever motorcycle came in sight and immediately doused them in flames.

Lagos State Police spokesperson, Benjamin Hundeyin reacting to the reports revealed that an officer, Folorunsho Gabriel was within the vicinity and had taken immediate actions to rescue the suspect from the mob before evacuating the corpse from the scene.

“The Lagos State Police Command condemns jungle justice in very strong terms. Anyone found engaging in such would be dealt with in accordance with the law.”