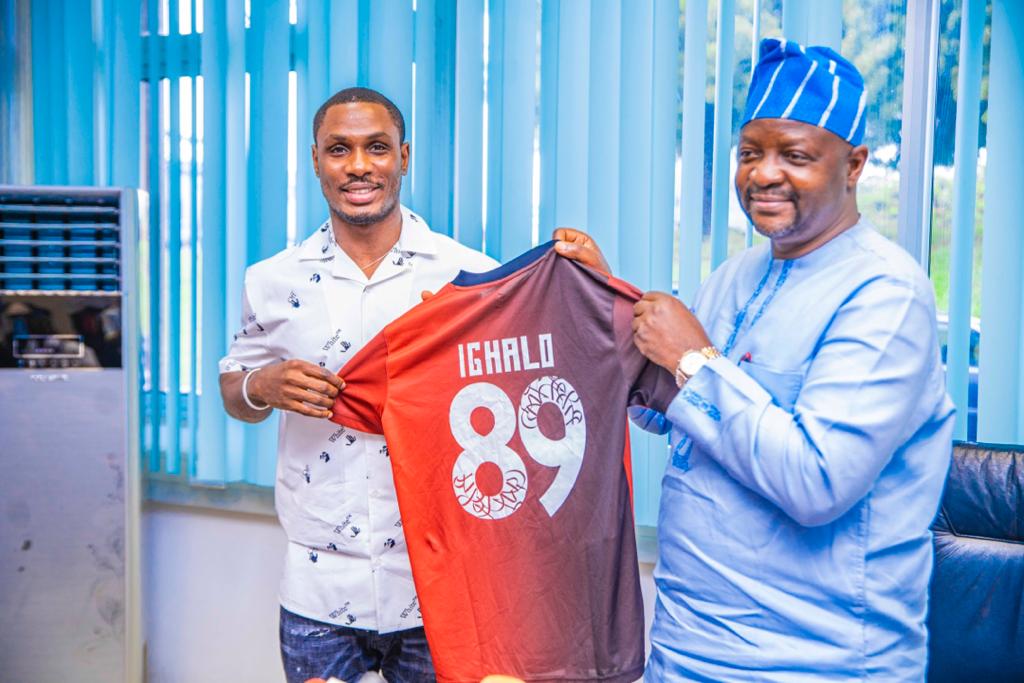 
The Federal Government of Nigeria has appointed ex-Super Eagles striker, Odion Ighalo, as an Ambassador of the National Principal’s Cup.

This was confirmed by the media office of the Minister of Youth and Sports Development, Sunday Dare, on Tuesday.

The Nigerian professional footballer who plays as a striker for Saudi club Al Shabab paid Dare a visit at the Moshood Abiola Stadium in Abuja which is undergoing rehabilitation.

“You have served this country faithfully and you will continue to be a good ambassador of this country,” Dare said.

The Minister added: “Note that Principal’s Cup used to be the engine room that supplied most of our best players and it speaks to the heart of Grassroot Sports Development. To give it life, we came up with Flagship Ambassadors of the Principal’s Cup with Daniel Amokachi, Joseph Dosu, Mary Onyali, Tajudeen Disu picked as Ambassadors. You have also been appointed As National Principal’s Cup Ambassador to motivate our young students.”

In his response, Ighalo said, “It’s a great privilege to see you sir, and I have been following up on what you’ve been doing, granting me a chance to see you means a lot to me. For the first time, we’ve seen sports moving forward as a business in Nigeria with your push and initiatives. Thank you so much for what you ate doing for sports development.”

After starting his career at Nigerian clubs Prime and Julius Berger, Ighalo moved to Norwegian club Lyn in 2007.

Meanwhile, Sonia, the wife of footballer, Jude Ighalo, took to her Instastories days ago to congratulate him on the birth of his baby from another woman. Sonia in her post revealed that the singer has fathered two children now from two different women. She pointed out that she still remains his legal wife.

In January 2020, the footballer and Sonia deleted their photos from their respective Instagram pages, furling rumors that their marriage was in crisis. Both have not been seen together since then and have neither shared each other’s photos. They have also stopped wearing their wedding bands.

Related Topics:Odion Ighalo
Up Next