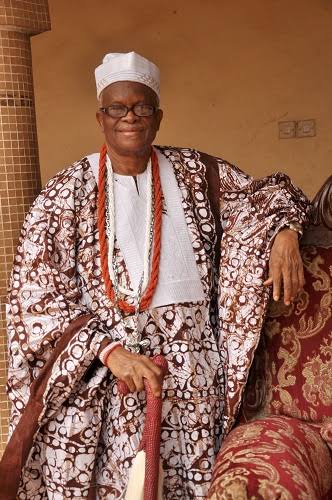 The Ogun State Government announced the demise of the first-class Oba, the Olowu of Owu kingdom, Oba Adegboyega Dosunmu, who died on Sunday, December 12 2021, after a brief illness.

Owu is the homestead of former President, Olusegun Obasanjo, where he was installed as the Balogun. The late Olowu was installed in 2005 following the demise of late Oba Adisa Odeleye in 2003.

Ogun State Governor, Dapo Abiodun, has condoled with the people of Owu over the transition of the Olowu, describing him as a man of peace and a passionate supporter.

The Chief Press Secretary to the State Governor, Kunle Somorin, disclosed this in a statement issued on Tuesday.

Former President Olusegun Obasanjo is a subject of the deceased monarch. The statement read, “Afuwape said the state mourns the veteran TV producer who ascended the throne in 2005 as the 13th Olowu after Oba Adewale Adisa Odeleye, Lagbedu 1 who transited to glory in 2003.”

Meanwhile, the state governor, Dapo Abiodun, has expressed shock at the transition of the monarch.

Why I can’t reject calls to contest 2023 Presidency – Tinubu