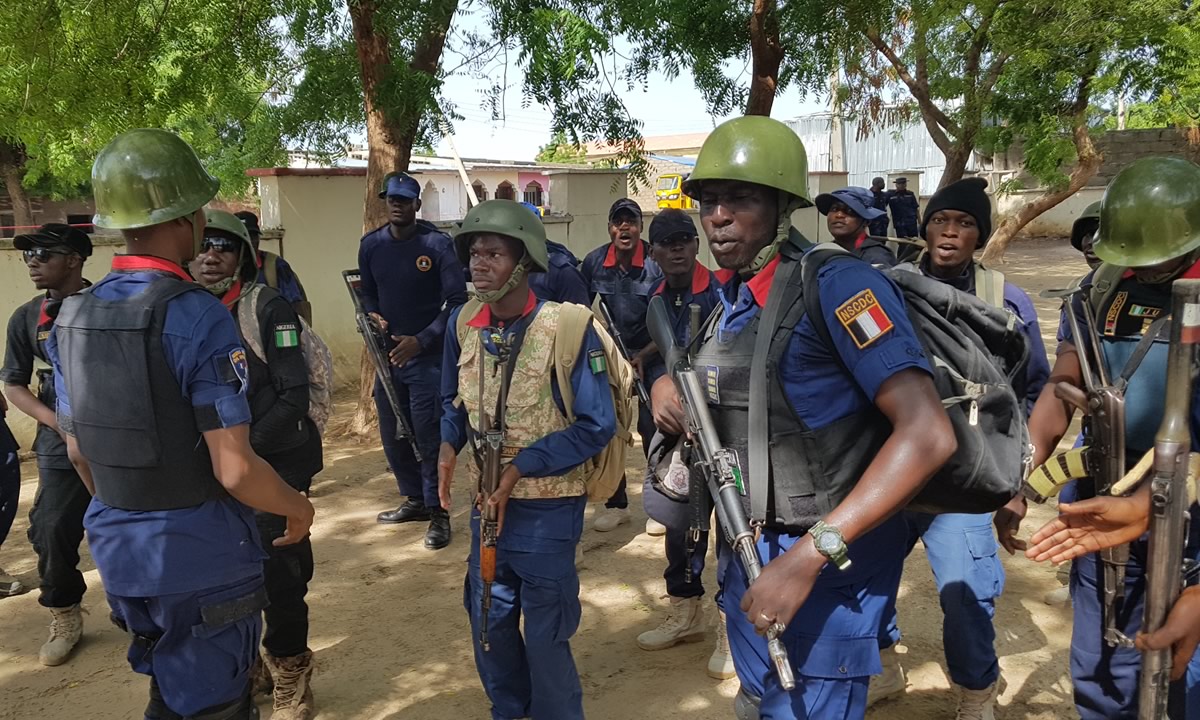 The Nigeria Security and Civil Defence Corps (NSCDC) has apprehended six suspected cultists and recovered two locally made pistols from them.

NSCDC Commandant in Cross River State, Mr Samuel Fadeyi made this known on Monday, stating that the suspects were apprehended in a hotel in Calabar.

In accordance with Fadeyi who resumed as Commandant of the Corps in the state on June 15, no suspected criminal will go unpunished; stating that the six suspects were going through profiling and that under his watch, arrested suspects will be arraigned.

He said, “Within my first week of arrival, some group of boys lodged in a hotel where I kept my escorts and on the basis of suspicion, we had to raid them.

“After the arrest, we found two locally made pistols with them. We are currently profiling the suspects as we speak.”

Fadeyi declared that the Command has zero-tolerance for vandalism, oil theft, transformer theft, petroleum products adulteration which most times lead to explosion and health risks.

He disclosed that the Command was presently conducting a risk-threat assessment of dire infrastructure in the state, beginning with Calabar as the state capital.

This, he guaranteed of his Command’s commitment and partnership with other security agencies to stop criminality in the state.