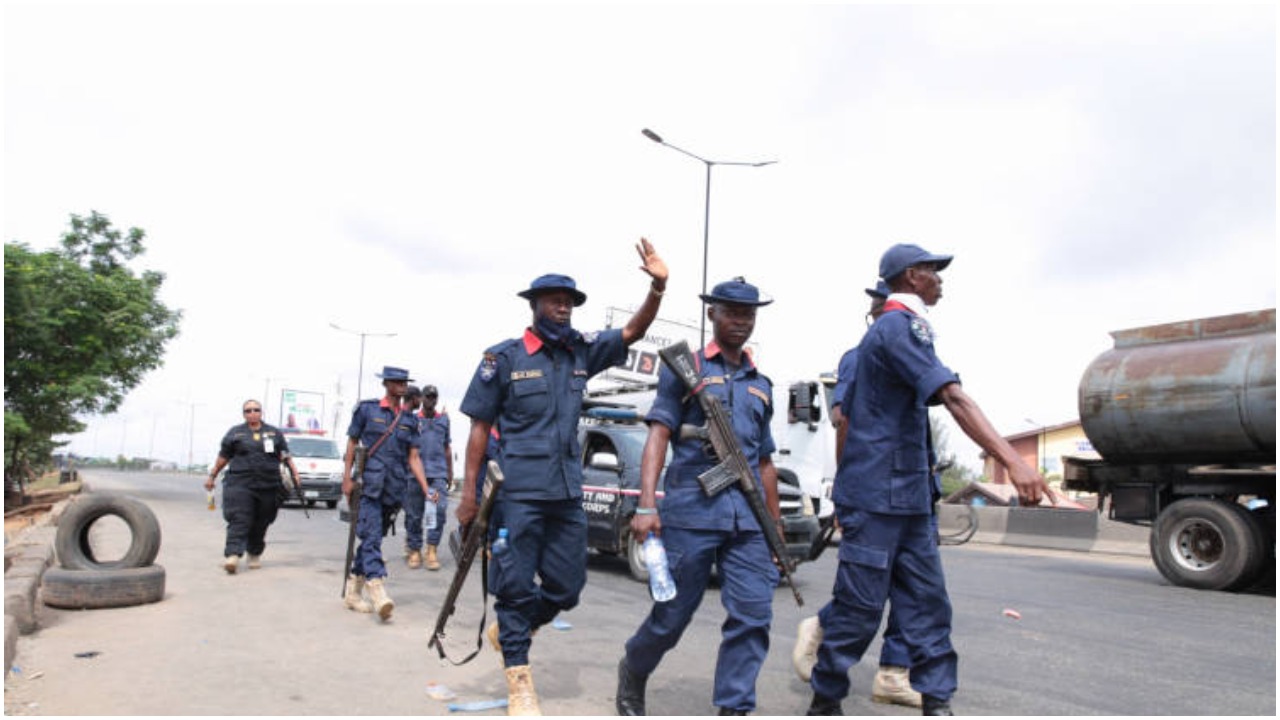 TopNaija reports that the Nigeria Security and Civil Defence Corps (NSCDC), on Wednesday in Lagos, paraded a 35-year-old man over alleged bunkering of Premium Motor Spirit (PMS) worth N1.65 million.

The NSCDC Commandant in the state, Mr Paul Ayeni, while parading the suspect, said he was caught in the Arepo area of Ogun.

NAN reports that Ayeni said the suspect, who hails from Oyo State but resides at No. 41, Ore-Ofe street, Mile 12, Lagos, was caught with 10,000 liters of PMS allegedly siphoned from one of the Nigerian National Petroleum Corporation’s pipelines in the area.

Ayeni, who put the market price of the stolen PMS at N1.65 million, said people engaging in such illegal acts were only depleting the government’s resources.

The commandant berated those engaging in bunkering for the hardship they were causing the Federal Government and Nigerians.

He reiterated the corps’ readiness to continue to live up to its mandate of protecting critical infrastructure in the country.

Ayeni said the NSCDC was ready to expose any illegal activity that could undermine the proper functioning of the state and the country’s critical infrastructure.

He said that the command was in search of other suspects who escaped during the arrest, adding, however, that the one already apprehended would be made to face the wrath of the law.

But, the suspect, in a chat with newsmen, said he was deceived into the illegal act by a butcher.

He said, “I was approached by someone at Kara abattoir, located in Ogun.