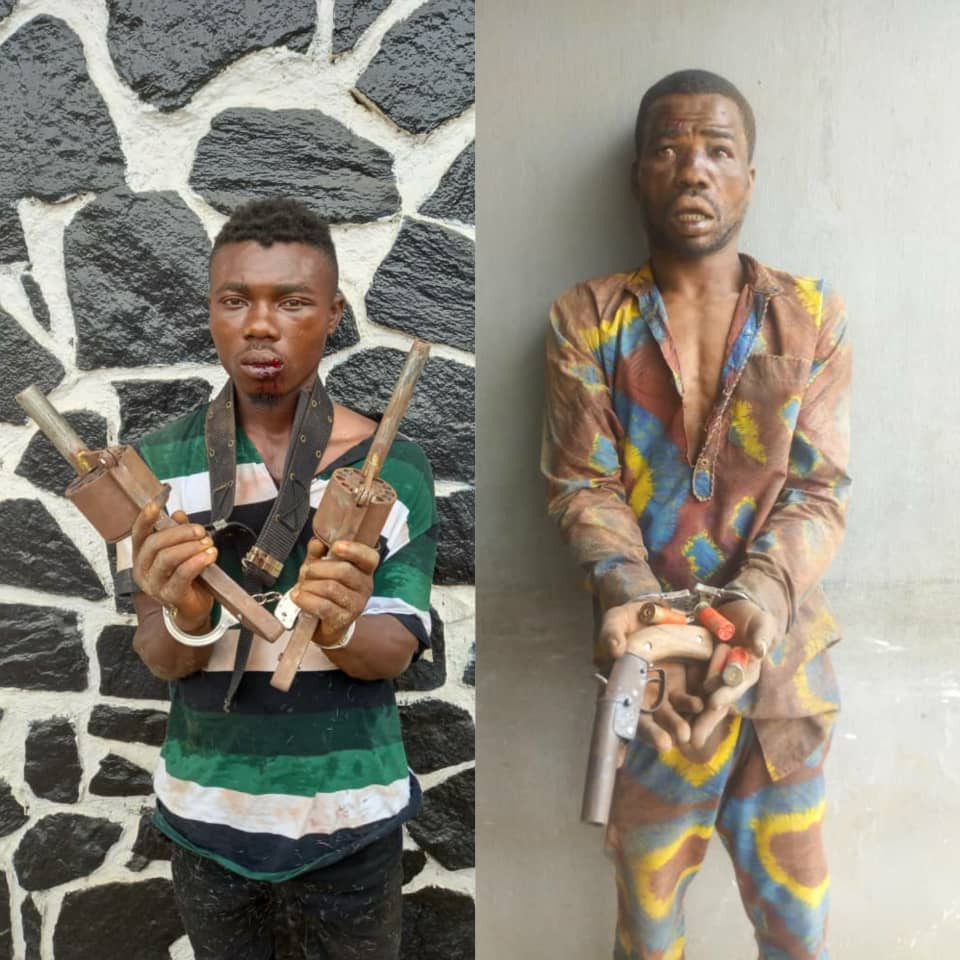 A statement released by the spokesperson of the state police command, Olumuyiwa Adejobi, states that Segun, a senior member of Eye Confraternity, had been on the run for a while since he got the news that he had been declared wanted by the police for his atrocities in Ikorodu area of Lagos State.

He was sighted in Ikorodu on Sunday 4th April, 2021, while the DPO Sagamu Road Division and his men were on Surveillance patrol around Ikorodu.

”The suspect, who has been fingered in many murder cases, including alleged killing of a policeman, in Ikorodu, was arrested in possession of two (2) locally-made revolver pistols, each loaded with seven (7) and fourteen (14) rounds of cartridges, one axe, some cutlasses and assorted charms.”Adejobi said

In a related development, police detectives attached to Alakuko Division of the command, on April 2nd at about 5.30am, arrested one Sola Akinwole, m, 27, where the suspect and his gang members were robbing at a car/motorcycles shop located at AMJE Bus Stop, Alakuko Area of Lagos State.

The police detectives raced to the scene while responding to a distress call from the shop. The suspected armed robbers had shot one of the guards at the shop, Tairu Baba, m, 20, before the police arrived the scene. One Locally-made pistol and four (4) cartridges were recovered from the suspect.