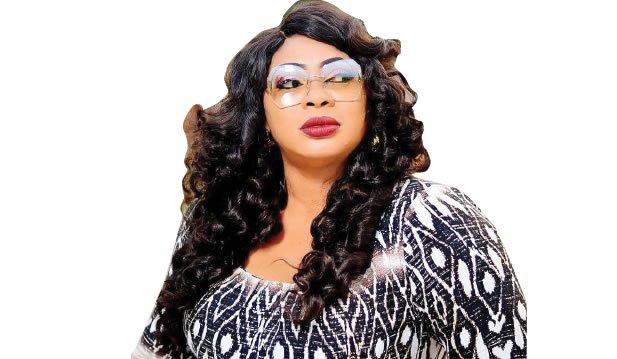 There often at times is this notion that a celebrity or a famous personality is a personality of affluence who it’s hard to imagine being broke or poor.

Sometimes it is true, it’s hard for a celebrity to come off as broke or poor, but when it comes to the Nollywood case, it is very true that a celebrity can very much be known and have the most loyal of fan base but still find it extremely difficult to subscribe for monthly data.

Well, this is actually from one of the industry’s own in Ayo Adesanya who sat for an interview recently on a podcast and has to reveal the obvious truth many may be oblivious to.

“Many people have the notion that because Nollywood is big, practitioners are well paid.” She said, before revealing it was a big fat ugly lie people delude themselves with.

“But, how much do we earn?” she asked, rhetorically.

“We have fame, but we don’t make money. However, it is left for the actor to use that fame to get money, through brand endorsements and other avenues.

“People assume that a celeb’s life is all rosy and lively. However, everything boils down to the individual and how they want to live their lives so that it doesn’t become lonely and boring.”

It is quite true that fame most times doesn’t translate to money, and it is also very true that Nollywood actors and actress don’t get much and most times often resort to side gigs to maintain the illusion.

If Only Kalvin Philips was Mbappe