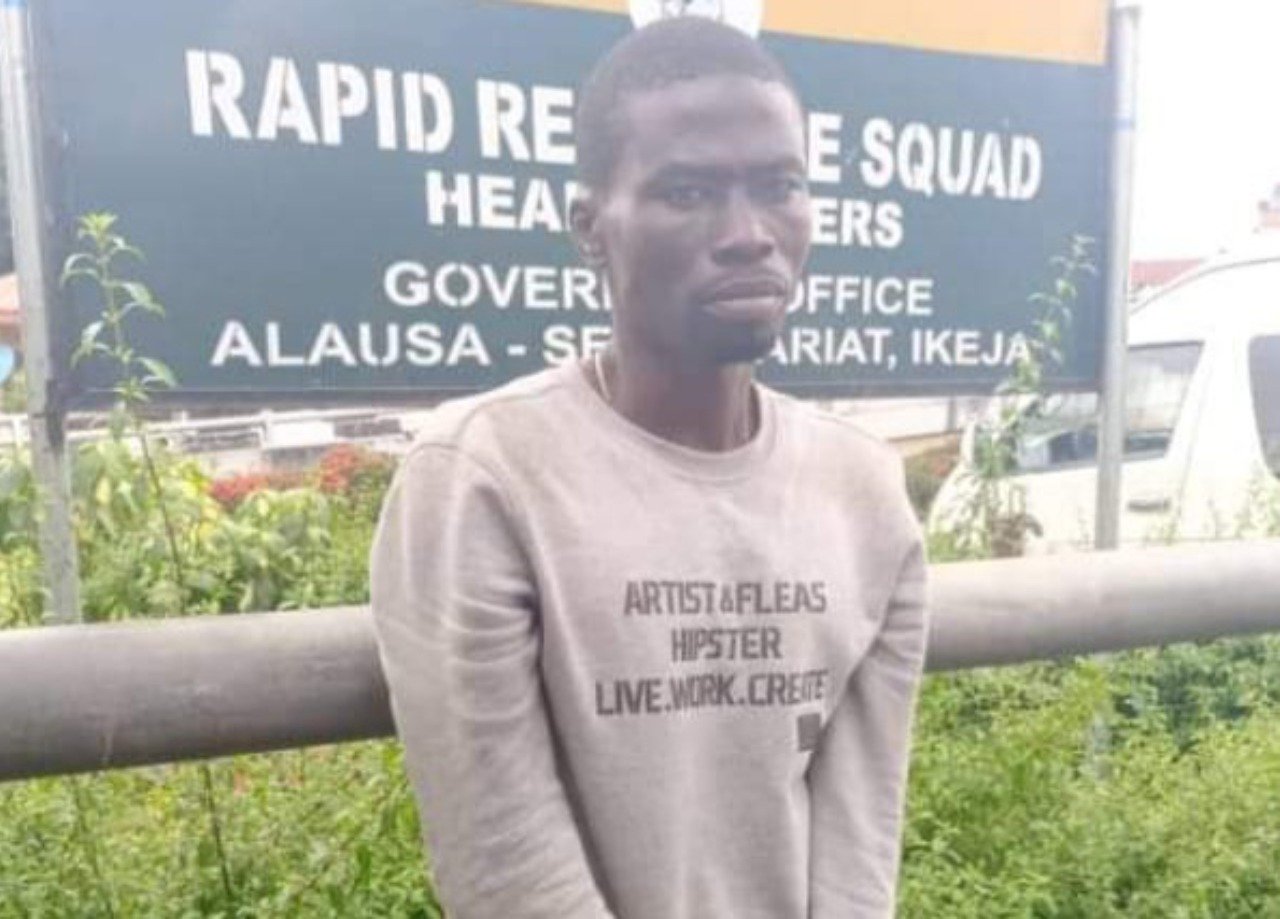 Nnanna Kalu, a young Nigerian has been arrested and handed over to the Lagos Police Rapid Response Squad (RRS) at Gbagada General Hospital, for stealing a laptop.

30-year-old Kalu was sentenced to 15-month imprisonment by the Lagos State Mobile Court, the RRS announced on Monday.

He had been captured by a CCTV camera while stealing a worker’s laptop at the medical facility a few weeks ago.

Last week, Kalu returned to the hospital to steal again but was spotted and apprehended.

Coincidentally, the convict was wearing the same t-shirt and trousers he wore the first time camera detected him.

Kalu confessed that he robbed hospitals in Lagos under the guise of seeking treatment.

He disclosed theft at Randle General Hospital in Surulere, BRT terminal in Yaba, Ikeja, among others.

Gbagada General Hospital is a general hospital in Lagos, Nigeria. The multi-specialty hospital which is situated inside a large expanse of land has a host of highly experienced doctors and has over ten major clinical departments.

Related Topics:Nnanna Kalu
Up Next