Nigerian woman slashes her 13-year-old daughter with a razor blade over alleged theft of N1,500 in Bayelsa
Advertisement 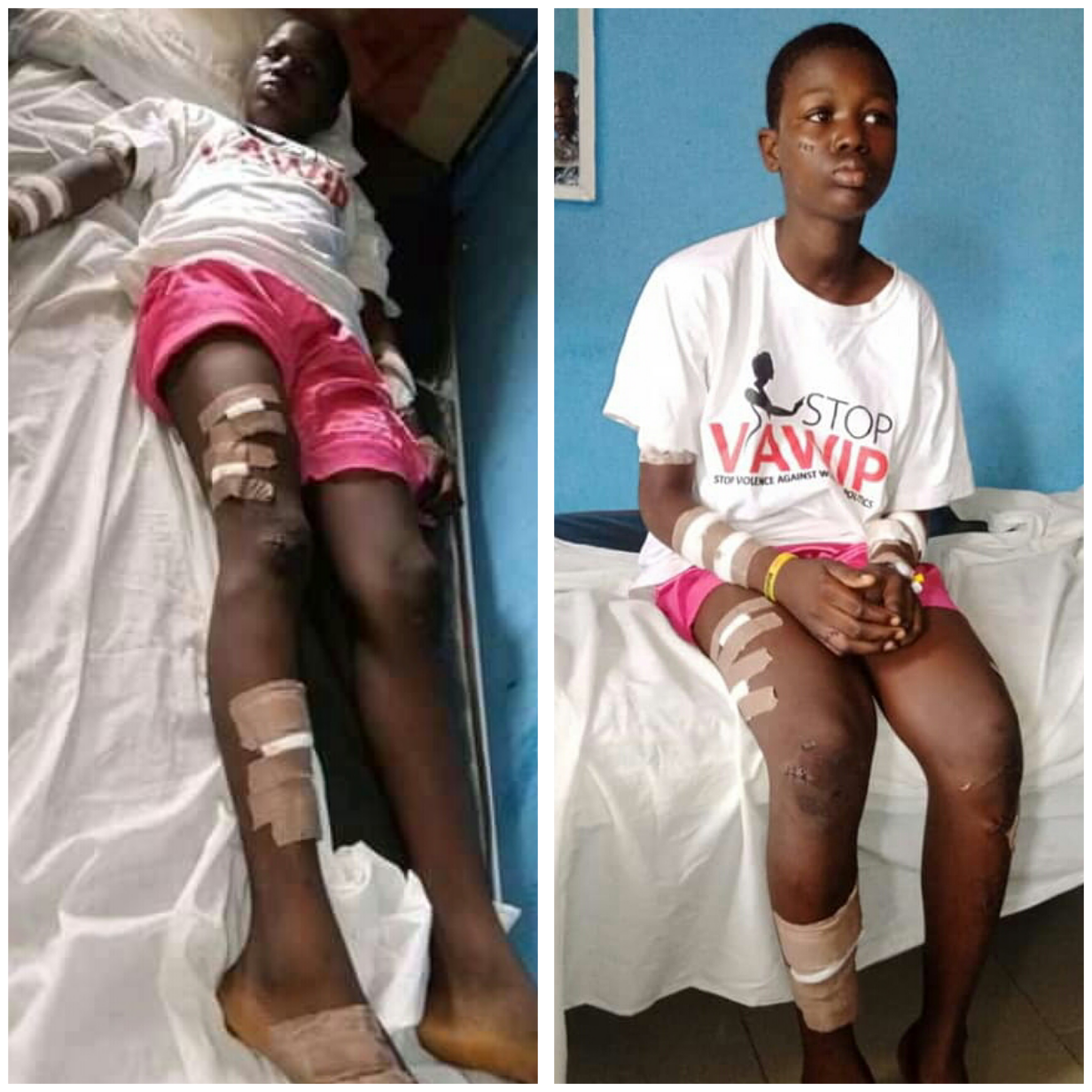 Operatives of the Police Command in Bayelsa State have arrested a woman for inflicting life-threatening injuries on her 13-year-old daughter, Ebimi Tokoye, with a razor blade over the alleged theft of N1,500.

The 35-year-old woman identified as Priye Rich-man was arrested by operatives of the Ekeki Division on Sunday, April 18.

It was gathered that the suspect tied her daughter with ropes and slashed every part of her body with a razor blade.

The doctors who treated the girl at the police hospital said the child was brought in by the members of the Girl Child advocacy groups, with multiple lacerations, and over 15 stitches were carried out on the injuries including damage to the tendon on her feet.

According to one of the doctors, Ebimi Tokoye also sustained deep cuts to her buttocks and shoulder.
Narrating her ordeal, the victim, an indigene of Okpokunu near Bomadi Local Government Area of Delta State, said her mother also rubbed pepper and kerosene on the wounds.

“My mother came back around 12 pm on Sunday, after church, and accused me of stealing her N1,500 and I denied it because I didn’t see the money. She started beating me and tied me with ropes. She started slashing all parts of my body with a razor blade. She later rubbed pepper and kerosene on the injuries,” she explained.

“A neighbor pushed down the door and rescued me. The incident lasted for over two hours. The concerned neighbor later called members of the Girl Child Advocacy groups who took charge and arrested my mother. And hand her to the Police.”

Reacting to the incident, President of the Do Foundation, Dise Sheila Ogbise, condemned the rising cases of domestic violence against the girl-child in the state and the male child.

“We condemn these rising cases and call on the members of JUSUN to quickly call off their strike action to allow the quick prosecution of this case to deter others from engaging in the wicked acts of violence against their children.”

Spokesperson of the Command, Asinim Butswat, who confirmed the incident on Tuesday, said the accused woman is in police custody and the investigation is ongoing.