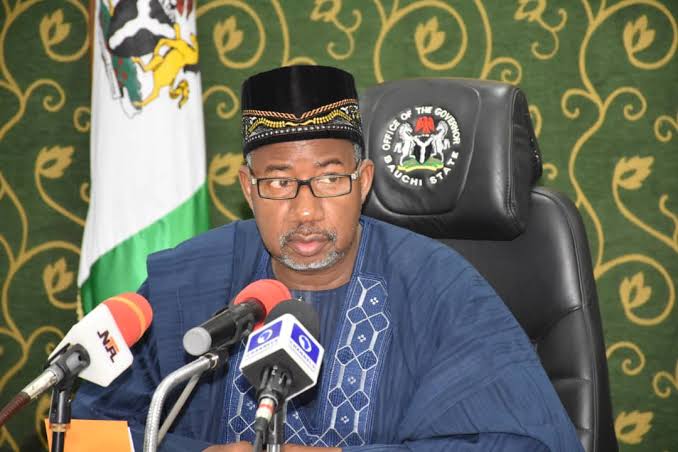 Bauchi State governor, Bala Mohammed, has said that Nigeria is in trouble from the overwhelming national crises and insecurity it faces.

While speaking at the public presentation of a book written by Amanze Obi titled “Scents of Power” the governor on Tuesday in Abuja, stated that bloody farmer clashes, cattle rustling, armed attacks by militant herdsmen, kidnappings, among others, have thrown Nigerians into unimaginable horror and suffering.

Speaking on the theme ‘Inclusive Governance, National Security and the Politics of Accommodation’, governor Mohammed said, “No society can make progress without the ideas and intellectual contributions which shape our shared histories, cultures and ambitions. It follows, therefore, that our human capital is the greatest asset we have in Nigeria, which can provide a wealth far greater than any which could be drawn from the ground.

“Nigeria is in trouble; nobody can deny this fact. The morphology, geography and architecture of national crises and insecurity are huge, overwhelming and mind-boggling.

“How we got to this sorry state of affairs is indeed critical but more important is identifying and building the consensus to resolve the complex security threats facing the nation.

“From bloody farmer clashes, cattle rustling and armed attacks by militant herdsmen to kidnappings, abductions, cult wars and urban criminal gangs, our people have faced unimaginable horror and suffering. Quite simply, national insecurity is bleeding the nation to death.”

Check out: My response to insecurity has been the strongest &#8211; Buhari

Mohammed stated that the country was at crossroads, adding that there was a need for a national dialogue with all national stakeholders to build mutual trust, eliminate suspicion, separate organic conflicts from contrived conflicts and reach a common settlement on what works to reduce violence, killings and national instability.

“Only then can we implement a systematic approach to redressing the core issues amid the grief and chaos,” he noted.