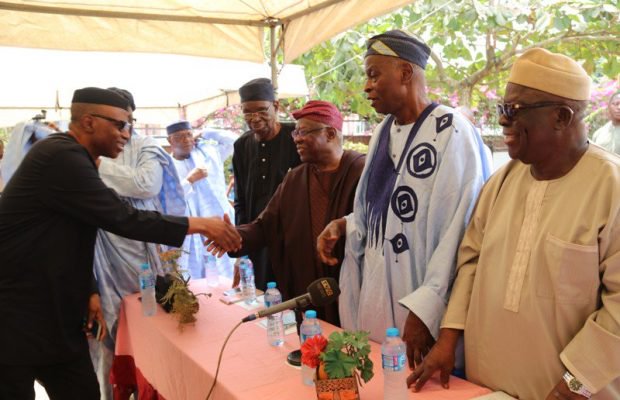 The apex pan-Yoruba socio-political organisation, Afenifere, has once again avowed that restructuring remains the only panacea to the lingering crisis and problems in Nigeria.

The group said Nigeria had entered what it termed a ‘terminal crisis’ and that the only way out of the impasse was restructuring.‎

Afenifere said this in a communique issued at the end of its national caucus meeting in Akure, the Ondo State capital.

In a statement by its National Publicity Secretary, Mr Yinka Odumakin, Afenifere also expressed concerns over the state of the economy which, it said had seen many states being unable to pay salaries to their workers for several months and general hardship being suffered by the lot of citizens across the country.

The Yoruba group said, “Without equivocation, Nigeria has entered a terminal crisis and clearly withering away and can only manage to be pulled back from the brink if we commence the processes of restructuring or restoring the country back to its independence constitutional status before the coup of January 1966. Failure to do this will make demands for self-determination to become more strident.

“We call on the APC-led Federal Government to rise to its avowed commitment in its manifesto to initiate action to amend our constitution with a view to devolving powers, duties and responsibilities to states and local governments in order to entrench true Federalism and the Federal spirit before it is too late.

“We are also disturbed by the revelation by the Speaker, House of Representatives Hon Yakubu Dogara that 28 out of 36 states of the country are under one military operation or the other signaling the low intensity warfare going on in the country and the general state of insecurity.

“We are alarmed by the increasing spate of the impunity of Fulani herdsmen in the Southern and Middle Belt communities of Nigeria. Of late we have witnessed the shooting of policemen who went to protect Chief Olu Falae’s farm and the killing his neighbor-farmer, the chasing of students out of schools in Delta in Edo and Anambra states by cows ,the storming of Taraba House of Assembly by armed Fulani herdsmen to stop the lawmakers from carrying out their legislative duty because they were debating anti-open grazing bill;without any response from the Federal Government.’’

Quit notice: Igbos are shaking over call to vacate North because they love wealth – Mbanefo